Christian Fernsby ▼ | June 27, 2019
Two people were killed and seven injured when an Antonov An-24 passenger plane made an emergency landing at a regional airport in Russia's republic of Buryatia, in Siberia. 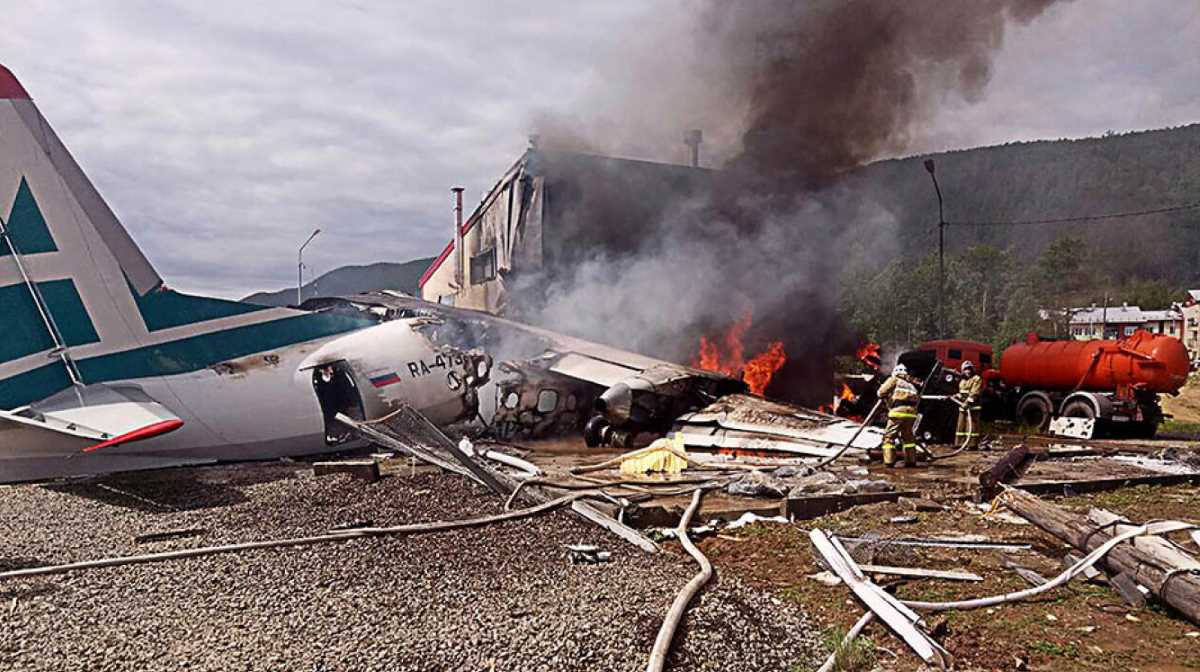 World   Siberia plane crash
There were 46 people, including four crew, on board the plane, which was en route from the regional capital of Ulan-Ude to Nizhneangarsk.

The ministry said the plane overshot the runway after landing, hit a small building and caught fire.

The Investigative Committee's East Siberian transport investigation department has opened a criminal case into the crash, citing air traffic safety and air transport violations which resulted in deaths by negligence. ■