Christian Fernsby ▼ | September 25, 2020
A Russian military ship collided with a refrigerator vessel carrying the flag of the Marshall Islands in Danish waters, the Russian Defense Ministry has said. 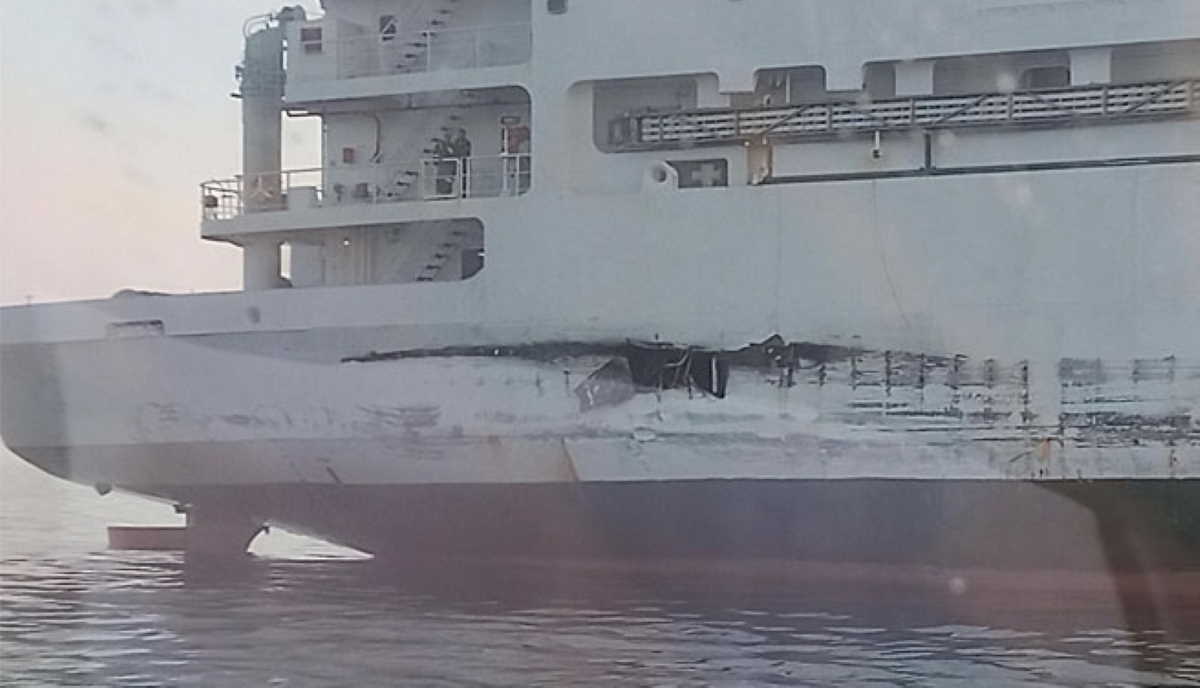 Collides   Russian Kazanets
The Russian navy vessel, a small anti-submarine ship named Kazanets, was traversing the Baltic strait zone between the Baltic Sea and the North Sea, the ministry's broadcasting service Zvezda reported, adding that visibility had been poor.

The hull of the Russian ship suffered a hole above the waterline, though there were no casualties among its crew, it said.

Kazanets is currently returning solo to the port of Baltiysk. A commission from the Baltic Fleet has been tasked with clarifying the reasons and circumstances behind the accident, Zvezda said. ■