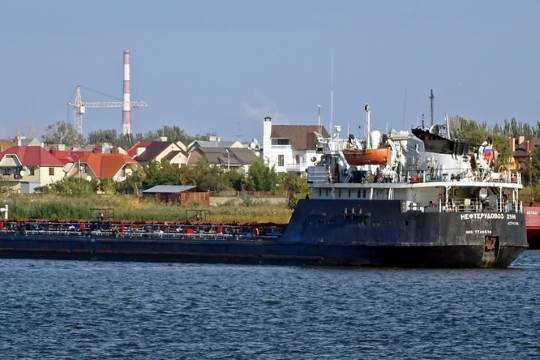 Shipping   Both her anchors were dropped
The ship arrived at Bartin from Rostov, Russia, with cargo of steel. Master issued distress signal, 6 crew were evacuated by helicopter. Condition of the ship unknown, AIS signal was missing during more than 4 hours, as of 1000 UTC Nov 21.

The crew of distressed freighter consists of 11 seamen, all evacuated and safe. Nefterudovoz 29M arrived to Bartin with cargo of pig iron, reportedly it was offloaded.

The ship anchored on Bartin anchorage, for about a month, after she was bought by a new owner, who was going to tow her to Rostov-on-Don.

At the time of an accident, both her anchors were dropped to hold on against storm, but it wasn’t enough, the ship had to assist anchors by engine, but it’s inoperative, there’s no fuel on board, either. ■