Staff Writer | December 18, 2017
Former and also the last King of Romania Mihai 1 was buried late Saturday in the new royal cathedral at Curtea de Arges, some 150 km northeast to the capital city of Bucharest. 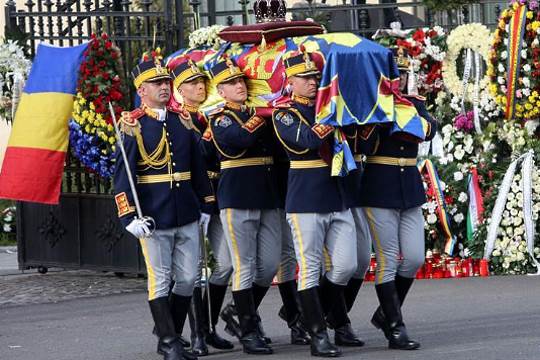 Europe   King of Romania Mihai 1
The burial ceremony took place after religious services were officiated at the Patriarchal Cathedral of Bucharest at noon and in Curtea de Arges Archbishopric Cathedral in the evening.

During the burial ceremony, 21 cannon salvoes were fired in the National Anthem of Romania and the Royal Anthem.

King Mihai was buried next to Queen Ana, who passed away on August 1, 2016.

Tens of thousands paid their last homage to King Mihai on his last journey from Bucharest to Curtea de Arges.

Romania's former King Mihai I died on December 5 at the age of 96, at his residence in Switzerland.