Staff Writer | May 11, 2018
A record amount of single day rainfall for the month of May has caused major flash flooding in the Australian city of Hobart on Friday, with authorities ordering mass evacuations as roads turned to rivers. 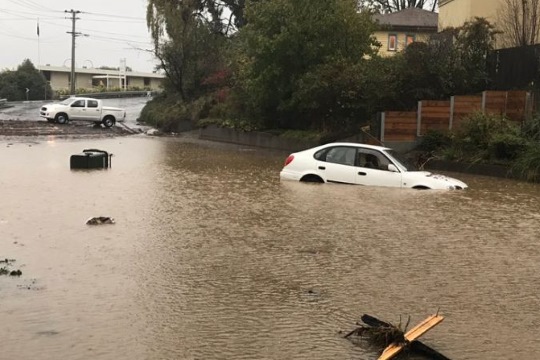 "We had a low pressure system with a trough extending into Hobart and with that came thunderstorms that were very stationary," Thomas explained.

"The low pressure system was bringing rain into the area, to the east and south of Tasmania, then the thunderstorms developing on that trough brought increased falls into the south east in a very localised area."

As a result, cars floated down city streets as the deluge wreaked havoc on the usually tranquil city.

Over 14,000 homes were left without power and several local television stations including the ABC, SBS and WIN went off air after a lightning strike knocked out transmission at Mount Wellington.

The low-lying University of Tasmania was also a casualty of the storm.

Students in the science block posted wild videos and images to social media of hallways and corridors gushing with water.

Emergency services had to carry out two separate rescues at the campus, attending to one person trapped in a car and another stuck in a room.

Across the rest of the city and surrounding areas, 100 kilometer per hour winds tore roofs off houses and upended trees resulting in at least 280 emergency call outs.

Over 30 schools will remain closed and the State's Supreme Court will reschedule hearings for the duration of this week.

So far no casualties have been reported, however authorities urge caution as more bad weather is forecast later in the day.

"We still have weather warnings in place but the focus has shifted to the Central East and Upper East coast of the State," Thomas said. ■

Tanzania on full alert over Ebola outbreak in Congo