Christian Fernsby ▼ | July 31, 2020
RAF jet has been forced to make an emergency landing at Aberdeen Airport due to a "technical issue". 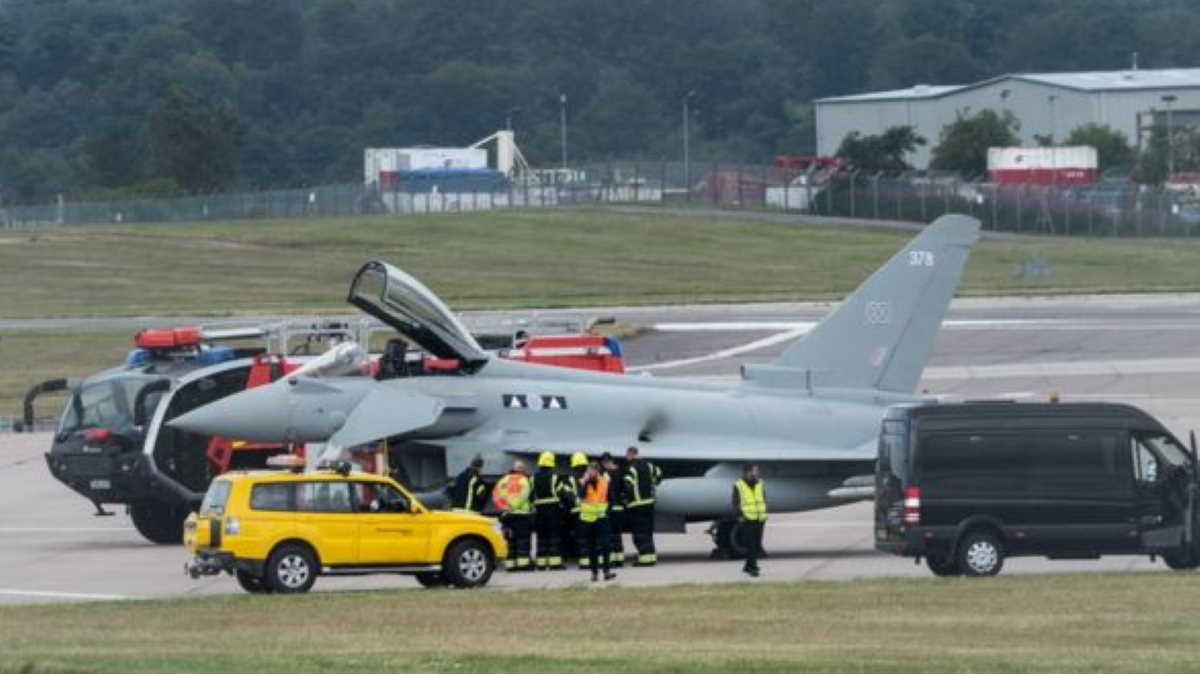 Emergency landing   RAF
The Typhoon was on a training mission when the problem was discovered and it landed shortly before 13:00.

An RAF spokesman said the plane had been diverted to the "nearest suitable airfield" and the pilot was not injured.

Aberdeen Airport confirmed a "full emergency" response had taken place and that the aircraft had landed safely. ■