Staff Writer | November 18, 2017
British Queen Elizabeth II approved the appointment of Sarah Clarke as the new Black Rod in the House of Lords, a job held by 60 men since it was created in 1361. 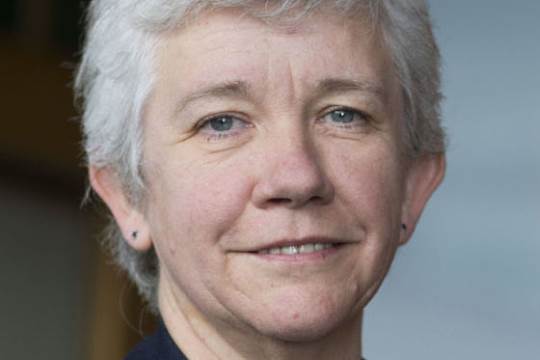 Britain   The new Black Rod in the House of Lords
Clarke will formally take on the duties early next year, succeeding David Leakey, the current Black Rod who leaves the post at the end of this year.

Black Rod is the only job in the world where the holder gets paid for having a door slammed in their face.

As the Black Rod, one of Clarke's duties will be to summon MPs from the House of Commons to the House of Lords for the State Opening of Parliament by the Queen.

By tradition, as a way to protect its independence, the MPs slam the door in the face of the Black Rod. The ceremonial ritual is captured on the live coverage of the opening ceremony.

Clarke is currently responsible for the organization of the annual Wimbledon tennis championships. She had previously held roles at four Olympic Games, the London Marathon and UK Sport.

As the first woman to be appointed to the role of Black Rod in its 650-year history, Clarke will be known as the Lady Usher of the Black Rod. Black Rod is appointed by the Monarch on the recommendation of a selection panel chaired by the Lord Speaker.

"Black Rod is a senior official who, as well as their famous role in summoning the House of Commons to hear the Queen's Speech at the State Opening of Parliament, heads a department that includes the Yeoman Usher and the House of Lords Doorkeepers," said a spokesman at the House of Lords.

Clarke said: "I am both deeply honored and delighted to be invited to take up the role of Black Rod."

"Over many years I have been fortunate to work at the heart of some of the world's most complex events and institutions. The House of Lords is a place where the smallest detail is as important as the big picture and the depth of heritage and tradition is second to none," said Clarke.

Lord Fowler, speaker of the House of Lords said: "As the first woman to take on the role, this is a historic moment for the House." ■

Trump's visit to UK downgraded, Queen will not meet him
Britain's largest ever warship to set sail
May to form government with Northern Ireland party