Christian Fernsby ▼ | August 24, 2020
Tens of thousands of people took to the streets of Minsk on Sunday for a massive rally against the reelection of president Alexander Lukashenko and a brutal crackdown on protesters. 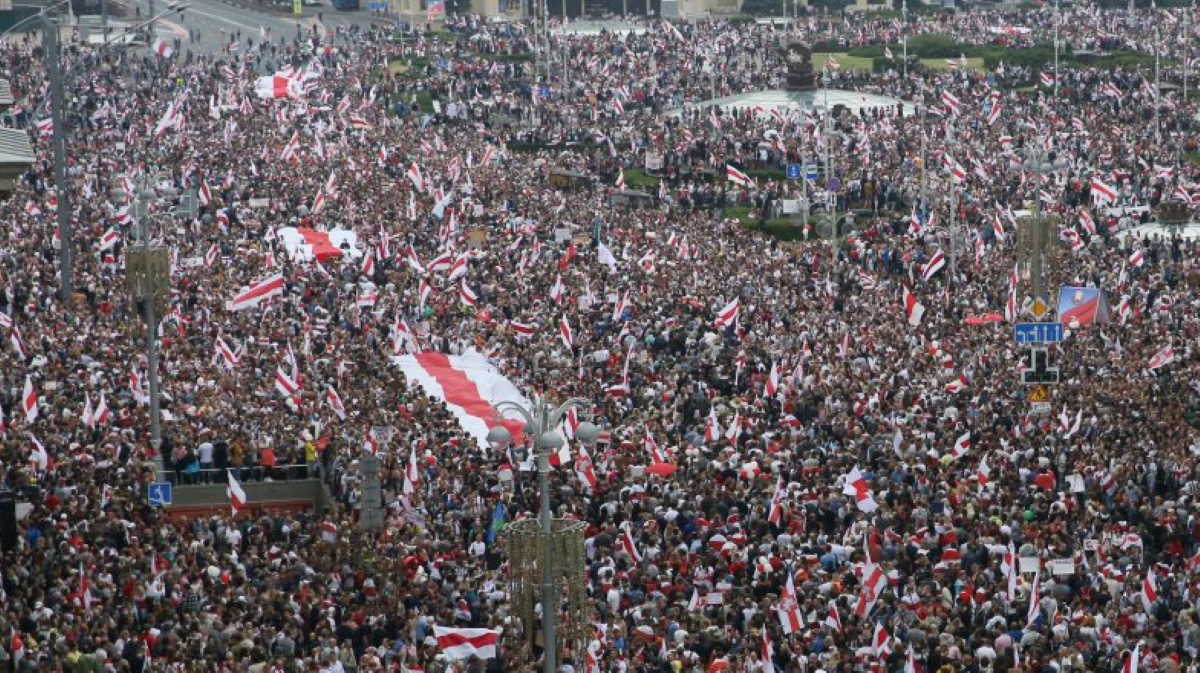 Minsk   Belarus protests
The crowd was estimated at more than 100,000 people. Protesters shouted “Leave!” and “Get out!” as they called for Lukashenko to step down.

Large protests were also held in other cities in Belarus, as well as in Lithuania.

An opposition Coordination Council was created last week to develop a strategy for a transition of power, but authorities in Belarus have opened a criminal probe into its formation. ■