Staff Writer | July 10, 2017
A prosecutor has asked the Solntsevsky District Court of Moscow to sentence two defendants in the case of the Total CEO airplane crash case to four years and seven months in a penal colony, RAPSI learnt from the court on Friday. 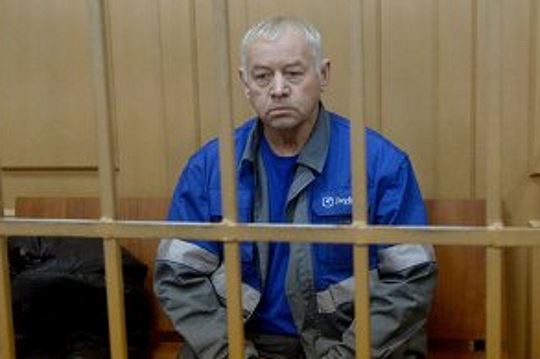 Oil company   Solntsevsky District Court of Moscow
Earlier today, it was revealed that Patrick Vervel, the husband of a stewardess, who died in the crash, filed a lawsuit seeking to collect 30 million rubles (about $500,000) from the Vnukovo airport.

Martynenko and Ledenev are charged with violation of traffic safety rules resulted in the death of two or more persons. The widow of Total CEO Cristophe de Maergerie, relatives of the deceased flight crew members, Vnukovo airport and Unijet air carrier have been recognized as victims in the case.

Christophe de Margerie died in a plane crash at Vnukovo airport on October 21, 2014, when his plane’s wing hit a snow plow. Among the victims were three crew members, all French citizens.

On October 25 of 2016, the Interstate Aviation Committee (IAC) published its final report on investigation into the death de Maergerie.

Authors of the report listed several factors, which, when combined, may have resulted in the plane crash.

Among potential causes of the crash are: violation of regulations over control of alcohol use by drivers of special equipment, absence of equipment for listening to traffic controllers in snow plow machines, inefficient organization of work with subsystem of observation and control of airfield, no measures taken by the plane’s crew to prevent takeoff after receiving information about “machine that intersects a road”. ■