Police in Turkmenistan inspecting toilets, people use president's photo to wipe themselves

Staff Writer | May 27, 2018
Local police in Turkmenistan are inspecting toilets for evidence that locals have been using newspapers containing photographs of President Gurbanguly Berdimuhamedov to wipe themselves, it's been reported. 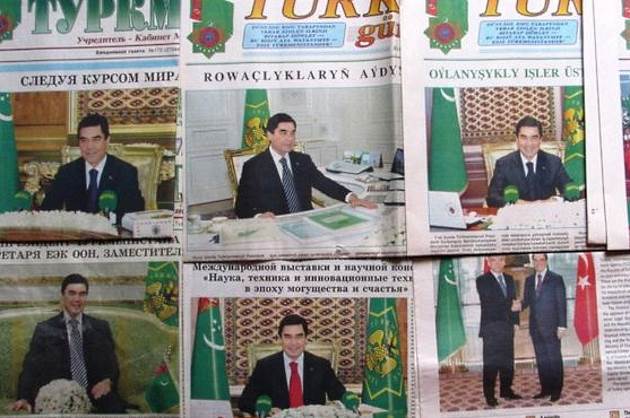 Central Asia   People in Turkmenistan are forced to subscribe to newspapers
The regional police in the western region of Balkan have allegedly instructed community policing officers to check toilets in public places and private houses, and to find evidence of people using newspapers with pictures of the country's president as tissue paper, Moscow-based news website Fergana.ru reports.

Officers have been told to look for the Turkmen leader's "soiled" pictures at landfill sites, as well as among garbage at waste collection points.

"There is a special janitor at each landfill site whose job is to inspect garbage, to look for soiled newspaper photos, to establish the house or flat of the newspaper subscriber and to report it to the police," Fergana says.

It adds that people found guilty of "damaging" the president's image will be issued with a warning.

But, according to the Alternativnnyy Novosti Turkmenistana website, there are likely to be a huge number of issued warnings, as Turkmens - impoverished from an ongoing economic crisis - do not tend to spend their money on toilet paper.

"Why buy toilet papers if you have piles of newspapers which people in Turkmenistan are forced to subscribe to," the report says. It adds that it is difficult not to soil the Turkmen leader's photos because his pictures dominate all newspapers. ■