Christian Fernsby ▼ | May 31, 2020
Several journalists reporting on the protests in Minneapolis on Saturday were teargassed as police worked to impose an evening curfew. 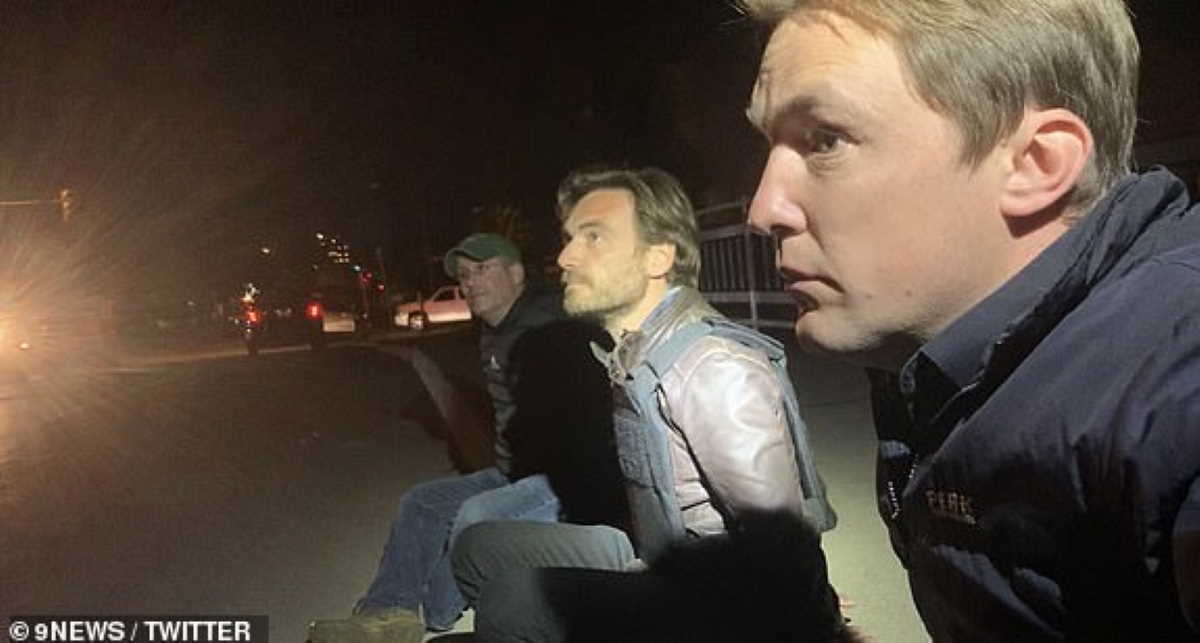 America in chaos   Channel 9 United States correspondent Tim Arvier and colleagues
Molly Hennessy-Fiske, a Los Angeles Times journalist reporting outside the fifth police precinct in Minneapolis, said she was standing with a group of roughly a dozen journalists when Minnesota state patrol “fired teargas canisters on us at point-blank range”.

Hennesy-Fiske said the group had clearly identified themselves as journalists, and asked the officers where they should move to. “They did not tell us where to go. They didn’t direct us. They just fired on us,” she said in a video shared on Twitter. She added she had been hit in the leg.

Channel 9 United States correspondent Tim Arvier and his crew have been handcuffed and detained by police in Minneapolis while covering protests.

Arvier, a veteran reporter on the scene in Minneapolis, was arrested along with his cameraman and security guard about 1am Sunday morning local time in the epicentre of the nationwide protests.

MSNBC journalist Ali Velshi said he was hit in the leg by a rubber bullet. “State police supported by national guard fired unprovoked into an entirely peaceful rally,” he said.

A photographer with WCCO, a local CBS station, was arrested and taken into custody by state patrol.

Ryan Faircloth, a reporter for the Star Tribune, said officers blew out his car window with some kind of rubber bullet.

Michael Anthony Adams, a reporter with Vice in Minneapolis, tweeted a video that captured him repeatedly shouting that he was press and showing his media ID before an officer forced him on the ground and another one pepper-sprayed him in the face.

In Los Angeles, at least two reporters said they were hit by police while covering the demonstrations. And in New York, two reporters appeared to have been arrested.

A growing chorus of celebrities, including former US President Barack Obama, have called for justice for George Floyd, the African-American man who was killed in police custody in Minneapolis on Monday.

In a tweet, Mr Obama said for millions of Americans, being treated differently on account of race was the norm.

The US is reeling from the aftermath of the death, which was filmed by a passer-by and has sparked protests and riots in several states.

The full Minnesota National Guard has been activated for the first time since World War II.

Governors in several other states also called in National Guard troops as protests over repeated police killings of black people grew on Saturday from New York to Tulsa to Los Angeles, where police fired rubber bullets to scatter crowds and at least one police car burned. ■