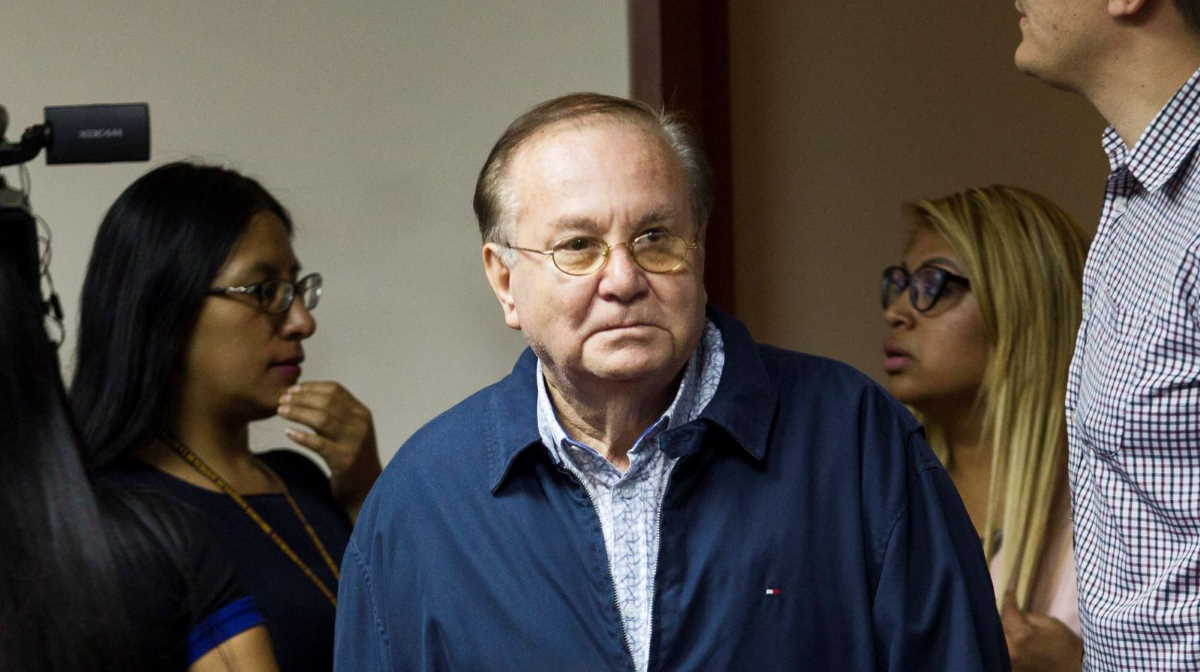 LatAm   Luis Nava
In this sense, the lawyer told TV Peru that Nava has been discharged from the hospital where he had been admitted two days ago due to a heart issue.

Later, he returned to his home in order to be held under house arrest.

Last week, the Judicial Branch ordered the end of the 36-month detention ruled on April 30 against him and replaced this measure for home arrest.

In this sense, the Judiciary declared valid the request made by Nava's legal defense.

This measure change is subject to some restrictions requested by the Public Ministry, such as the prohibition to communicate with leaders of APRA political party, and witnesses, among others.

Luis Nava confessed to the Lava Jato Case Special Prosecution Group that the former Odebrecht representative in Peru had delivered money directly to the ex-Head of State in lunch boxes or bags at the presidential campaign headquarters and at the Government Palace during his second term in office.

"I know that Jorge Barata in 2006, at the campaign building, delivered between five and six lunch boxes with approximately US$60,000 to Alan Garcia," he told prosecutors on September 25 at the Castro Castro Prison.

The ex-Secretary-General who was later designated as a State minister went on to add the money deliveries continued even after Garcia had assumed the Presidency of Peru in July 2006.

"Before his second term in office, Alan Garcia signed up to become a member of Club La Marina Lima, in the Costa Verde (area), and he mentioned he had bought a lot at the location of the above-mentioned club to dock a ship," the ex-aide expressed.

He also mentioned the purchase of a property at Los Cocos Beach, bought during Garcia's second term in office and registered under the name of his then-partner Roxanne Cheesman, with whom he had a child in 2005.

As is known, Alan Garcia shot himself on April 17, 2019, once authorities arrived at his home with a 10-day preliminary detention order against him linked to the Odebrecht corruption case investigation. ■