People in Venice protest over floods and cruise ships

Christian Fernsby ▼ | November 25, 2019
Thousands of Venetians have taken to the streets to protest over frequent flooding and the impact of giant cruise ships. 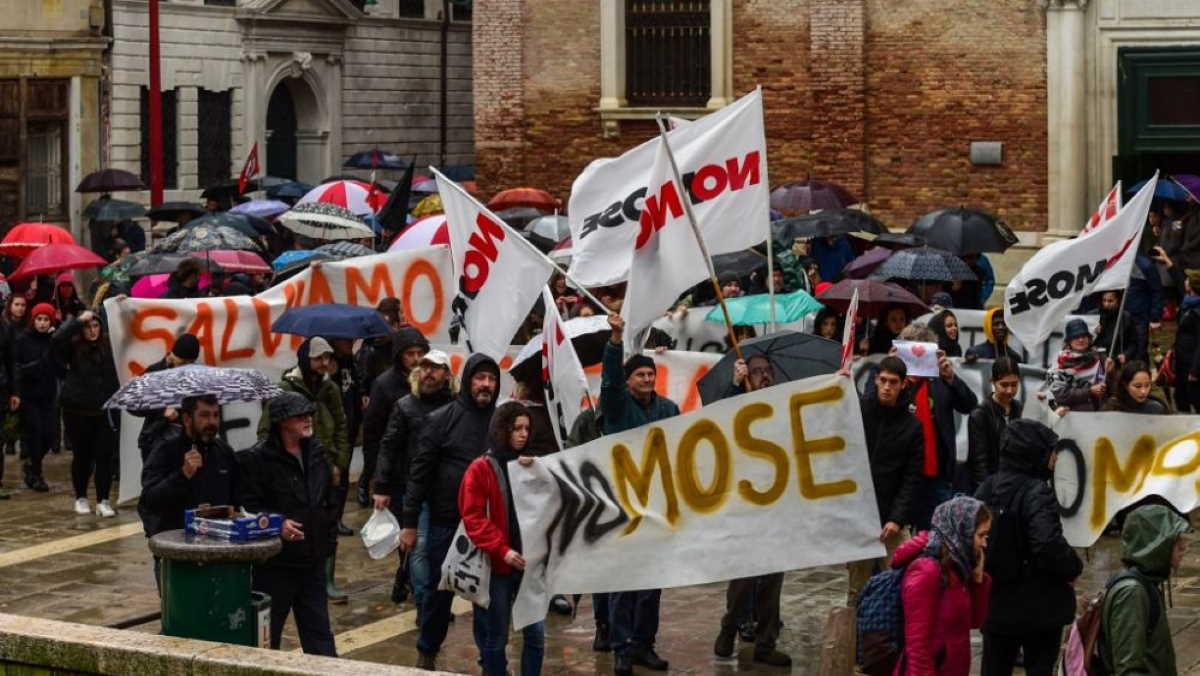 Weather in Italy   Protest in Venice
In heavy rain between 2,000 and 3,000 people answered the call of environmental groups and a collective opposed to the ships. Critics say the waves cruise ships create are eroding Venice’s foundations.

Chanting “Venice resist” and calling for the resignation of the mayor, Luigi Brugnaro, the marchers also appealed for a massive project, Mose, to be mothballed.

The multi-billion euro infrastructure project has been under way since 2003 to protect the city from flooding but has been plagued by cost overruns, corruption scandals and delays.

The protest follows unprecedented flooding that devastated the city, submerging homes, businesses and cultural treasures. “Venetians have just endured a deep wound. The flooding … brought this city to its knees and revealed its extreme fragility to the world,” said activist Enrico Palazzi. ■