Pakistan’s water availability drops from 5,260 to 935 cubic metres per capita

Christian Fernsby ▼ | June 29, 2019
Pakistan’s water availability has reduced to 935 cubic metres per capita per year from 5,260 cubic metre per capita in the last 70 years. 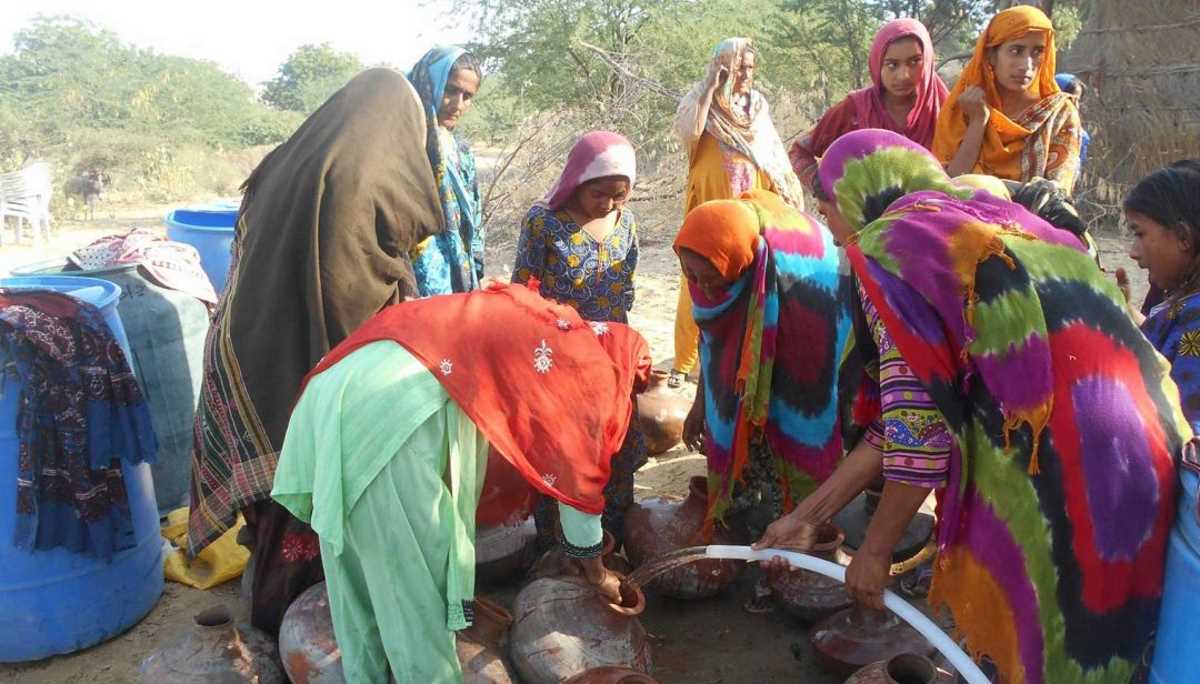 Asia   If it is less than 1,000 cubic metres, a country is declared suffering
If an effective strategy is not chalked out to conserve water, it will further fall to 860 cubic metres per capita.

Experts believe that in 2040, it is expected to decline to 500 cubic metres per capita.

According to the international standard, the average availability of water per person is 1,800 cubic metres.

If it is less than 1,000 cubic metres, a country is declared suffering from water shortage.

According to the experts, Pakistan is in need of emergency reserves to avoid water scarcity and increase the level of underground water.

They have also stressed the need for installing water meters to prevent wastage and improve the supply system.

Besides, it has also been suggested to spread awareness among the citizens about the conservation of water.

As is the case in most countries of the world, Pakistan’s agriculture sector is the largest consumer of water and hence, a major cause of water shortage.

Resultantly, it is extremely important to devise mechanisms and methods for making crop irrigation more efficient to leave room for domestic and industrial supply.

By 2025, the demand for water is expected to increase up to 274 MAF with the supply remaining constant at 191 MAF, causing a demand-supply gap of 83 MAF.

Pakistan’s economy is the world’s most water-intensive economy; which means that the amount of water utilised in cubic metres per unit of GDP is the world’s highest, which signifies that productivity/efficiency is the lowest in the world.

As Pakistan uses 93% of its freshwater resources on agriculture; there is a need to improve the efficiency rate which currently stands at 50%.

This means that only 33% of the water released into canals reaches from the farm gate.

Water infrastructure and weak project implementation are a few examples of what causes efficiencies to be low.

Despite this situation, Pakistan still has substantial potential of increasing water-usage efficiency.

The country can increase productivity of water without increasing water supply.