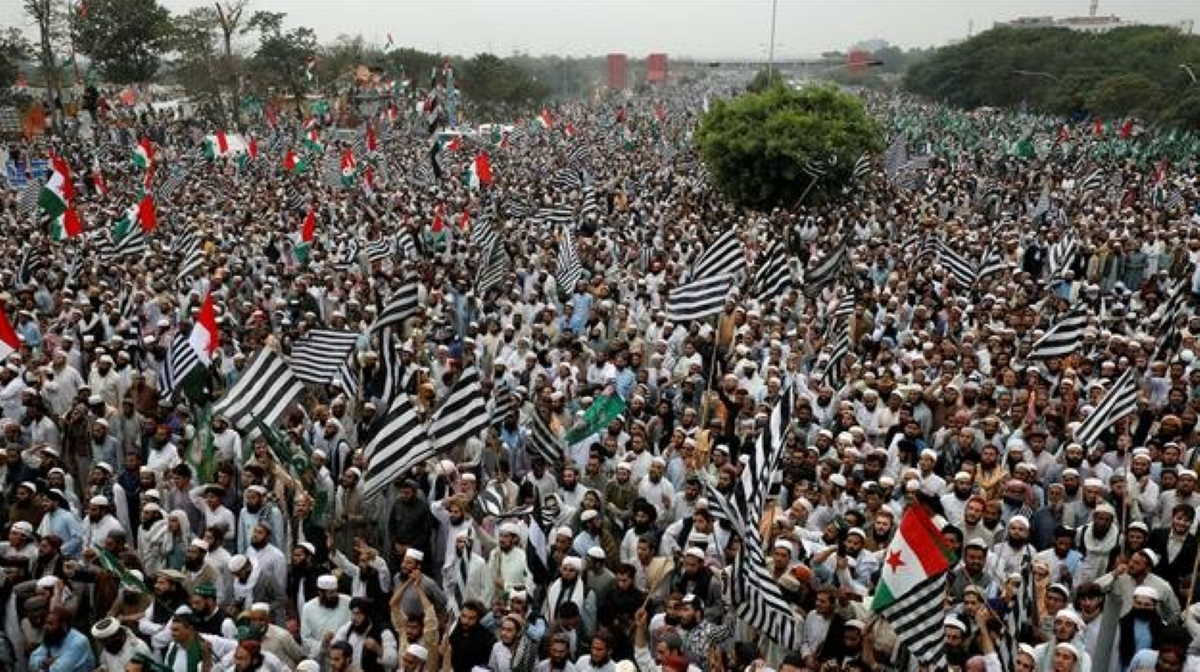 Asia   Pakistan protest
"We believe in the law and the constitution and our support is with the democratically elected government, not with any party," military spokesman, Major General Asif Ghafoor, said in comments to a television news channel late on Friday.

Earlier on Friday, the opposition had demanded that cricket star-turned-politician Khan and his administration resign within two days, raising the stakes in a protest campaign that the government has denounced as a threat to democracy.

The opposition says Khan's government is illegitimate and is being propped up by the military, which has ruled Pakistan for about half of its history and determines security and foreign policy.

The military denies meddling in politics and Khan has dismissed the calls to step down.

The leader of the protest, religious party chief Fazl-ur-Rehman, told a rally of tens of thousands of supporters that he did not want a "collision with institutions," a thinly veiled reference to the military, and called on them to be impartial.

General Ghafoor, said Rehman, should know the military was impartial and it should not be dragged into politics.

Rehman, leader of the conservative Jamiat Ulema party, is a veteran politician who can mobilize significant support in religious schools across the country.

He was joined at the Friday rally, which police estimated was attended by 35,000 people, by leaders of the two main opposition parties.

Protesters were camped out at the rally site on Saturday, cooking food and resting.

Rehman had earlier warned of chaos if the government did not step down, but on Friday he told the crowd they would decide what action to take if their two-day sit-in at the rally site failed. ■

REAL ID: Americans not prepared, could be stuck to land travel