Ovation of the Seas: Cruising, fun, sun and - diarrhea

Staff Writer | December 6, 2017
Nearly 200 passengers on Ovation of the Seas were treated for gastrointestinal illness during the two weeks it sailed from Singapore to Hobart, Australia. 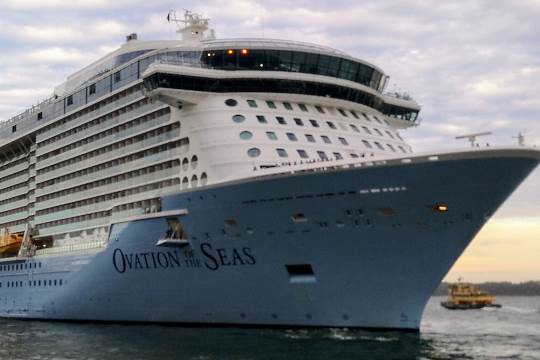 Cruising   Hundreds of passengers hit with gastro problems
The American-owned ship arrived in the city, carrying more than 5,800 people. She has been at sea for 14 days and in that time 195 cases of gastrointestinal illness have been reported, representing just over three percent of passengers and crew.

Ovation of the Seas, one of the world's largest cruise ships, is owned by Royal Caribbean International which released a statement.

"Those affected by the short-lived illness were treated by our ship's doctors with over-the-counter medication, and we hope all our guests feel better quickly," it said.

"Meanwhile, we're taking steps like intensive sanitary procedures to minimise the risk of any further issues."

Passengers praised the crew's efforts to deal with the outbreak. "The ship is doing absolutely everything to control it, you wash your hands at least a dozen times a day. Their hygiene is first class, it's obviously a passenger that's brought it on," one passenger told the ABC.

The Tasmanian Health Service said the cruise ship had notified local authorities about the outbreak and public health services were working with the ship. ■