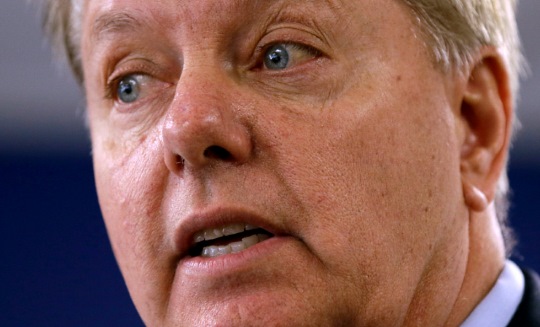 President   A cyber security unit
Tweeting after his first meeting with President Vladimir Putin on Friday, Trump said now was the time to work constructively with Moscow, pointing to a ceasefire deal in southwest Syria that came into effect on Sunday.

"Putin & I discussed forming an impenetrable Cyber Security unit so that election hacking, & many other negative things, will be guarded and safe," he said following their talks at a summit of the Group of 20 nations in Hamburg, Germany.

"It's not the dumbest idea I have ever heard but it's pretty close," Graham told NBC's "Meet the Press" program, saying that Trump's apparent willingness to "forgive and forget" stiffened his resolve to pass legislation imposing sanctions on Russia.

"There has been no penalty," McCain, who chairs the Senate armed services committee, told CBS' "Face the Nation" program according to a CBS transcript. "Vladimir Putin ... got away with literally trying to change the outcome ... of our election."

"Yes, it's time to move forward. But there has to be a price to pay," he added.

Rubio, on Twitter, said: "Partnering with Putin on a 'Cyber Security Unit' is akin to partnering with (Syrian President Bashar al) Assad on a 'Chemical Weapons Unit'." ■

Crazy but true: Write financial report in red and you'll get 24% less money

6.2 magnitude earthquake hits offshore area of Chile
UN will refer Carlos Ghosn's arrests in Japan to rapporteur on torture
Parts of Spain begin reopening amid drop in cases
Madrid to close for 10 days