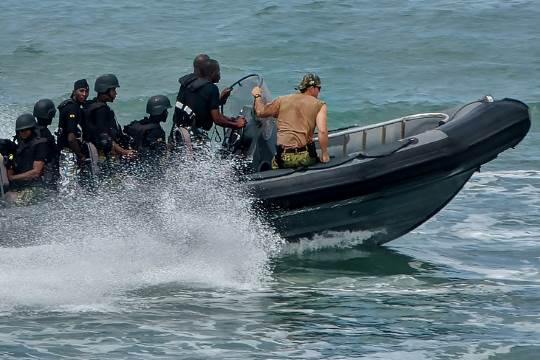 Africa   Oil rich Bayelsa
The 6,000 personnel had been deployed after undergoing marine training, while some are still being trained, Asuquo Amba, police chief in charge of the state told reporters in Yenagoa, the state capital.

The police chief said intelligence report gathered by the police showed that the Delta and Rivers waterways had recorded relative calm due to synergy of the various state security agencies.

He admitted that there were still some challenges with sea piracy in the state, pledging that the police would soon deal with sea pirates terrorizing the state's waterways.

Amba said 14 of the 16 gunboats being deployed were refurbished by the state government, while two were procured by the police.

Bayelsa has one of the largest crude oil and natural gas deposits in the West African country, which the top oil producer and the most populous country in the continent. ■