Christian Fernsby ▼ | May 27, 2020
Coordinator of Defence Media Operations, Major General John Enenche, disclosed that the Nigerian Navy intercepted a Chinese vessel, which was attacked by pirates, off the Coast of Cote D’ Ivoire. 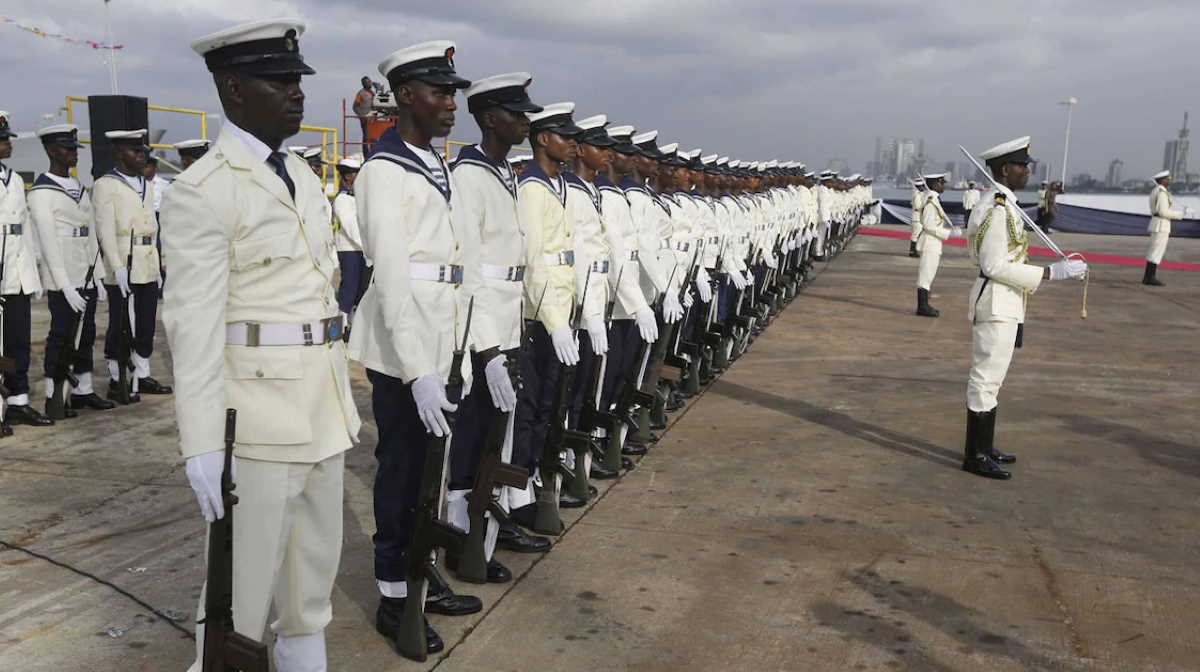 Chinese   Nigerian Navy
Enenche, who revealed this in Abuja at a routine update on various operations of the Nigerian Armed Forces, said the pirates seized the vessel and directed it towards Nigerian waters.

He said the Navy officers through an opposed boarding of the vessel arrested 10 pirates, rescues 18 crew members comprising Chinese, Ghanaians and Ivorians, adding, “The Nigerian Navy was alerted of the pirate attack and immediately, the Nigerian Navy Ship NGURU was dispatched to intercept the vessel.

“On intercepting the vessel about 140 nautical miles south of Lagos Fairway Buoy, the pirates refused to comply with orders of the Nigerian Navy Ship, hence the officers had to conduct an opposed boarding of the vessel.”

“During the operations, the team located and dismantled illegal refining sites and a wooden boat with three coolers, 136 dugout pits, 201 surface metal storage tanks and 174 ovens loaded with about 14,434 barrels crude oil as well as 1,385,000 litres of locally refined diesel.

He explained that on May 11, 2020, Forward Operating Base ESCRAVOS intercepted three large wooden boats loaded with 12.6 barrels of stolen crude oil and 43,000 litres of locally refined diesel around Madangho and Sara Creek in Warri South Council Area of Delta State.

“Also on May 12, 2020, the team uncovered seven refining units, 13 metal storage tanks and four dugout pits with about 440.3 barrels of stolen crude oil and 180,000 litres of diesel. The boats, items and products were impounded.

In the same vein, on May 11, 2020, Forward Operating Base IBAKA patrol team around Effiat Waterways intercepted an abandoned wooden boat laden with 310 x 50kg bags of foreign parboiled rice smuggled from Cameroon.

“Similarly, on May 14, 2020, the Base Patrol Team intercepted an abandoned medium sized wooden boat laden with 67 drums of petrol around Enwang Creek. The seized bags of foreign rice, boat and drums of petrol were handed over to the Forward Operating Base IBAKA for custody,” he said. ■