Most Syrian asylum seekers in the Netherlands have housing

Staff Writer | July 18, 2017
The majority of asylum seekers from Syria and Eritrea who arrived in the Netherlands between 2014 and mid-year 2016 have obtained a residence permit. 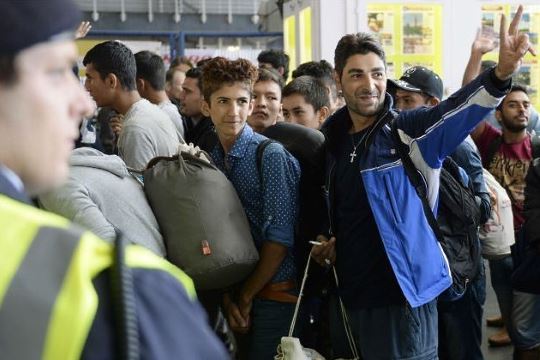 Immigrants   Statistics Netherlands
In addition, most Syrians have been allocated housing in a municipality, whereas Eritrean asylum seekers have found it harder to obtain housing.

After one and a half years, the vast majority of both groups still depend on income support.

This is shown by new figures released by Statistics Netherlands (CBS) as part of a study on asylum migrants arriving since 2014, which is commissioned by the ministries of Social Affairs and Employment (SZW), Security and Justice (VenJ), Education, Culture and Science (OCW) and Public Health, Welfare and Sport (VWS).

It is the first time that individual asylum seekers’ procedures can be followed from the moment they are admitted to a reception centre to the steps they take after obtaining their residence permit.

In the CBS report ‘From reception to integration. Cohort study on recent asylum migrants’ (Dutch only) this has been done for all 92 thousand asylum seekers who were admitted to a reception centre of the Dutch ‘Central Agency for the Reception of Asylum Seekers’ (COA) between January 2014 and July 2016.

This news release focuses on the two largest groups, the Syrians (46 thousand) and the Eritreans (13 thousand). ■

The Netherlands is converting prisons into homes for refugees
Germany passes stricter laws on asylum seekers
UNHCR to EU: Do not send asylum-seekers to Hungary

Winter storm to wind down in Northeastern U.S. before it moves out over Atlantic
2.23 tons of cannabis seized in southwestern Morocco
Large storm system moving across Central U.S.
Death toll rises to 5 after pipeline explosion in Nigeria