Christian Fernsby ▼ | September 4, 2020
The Sri Lanka Navy on Friday evening said more vessels had joined the rescue efforts in dousing the flames on board an oil tanker which caught fire on Thursday morning in the seas off Sri Lanka's eastern coast. 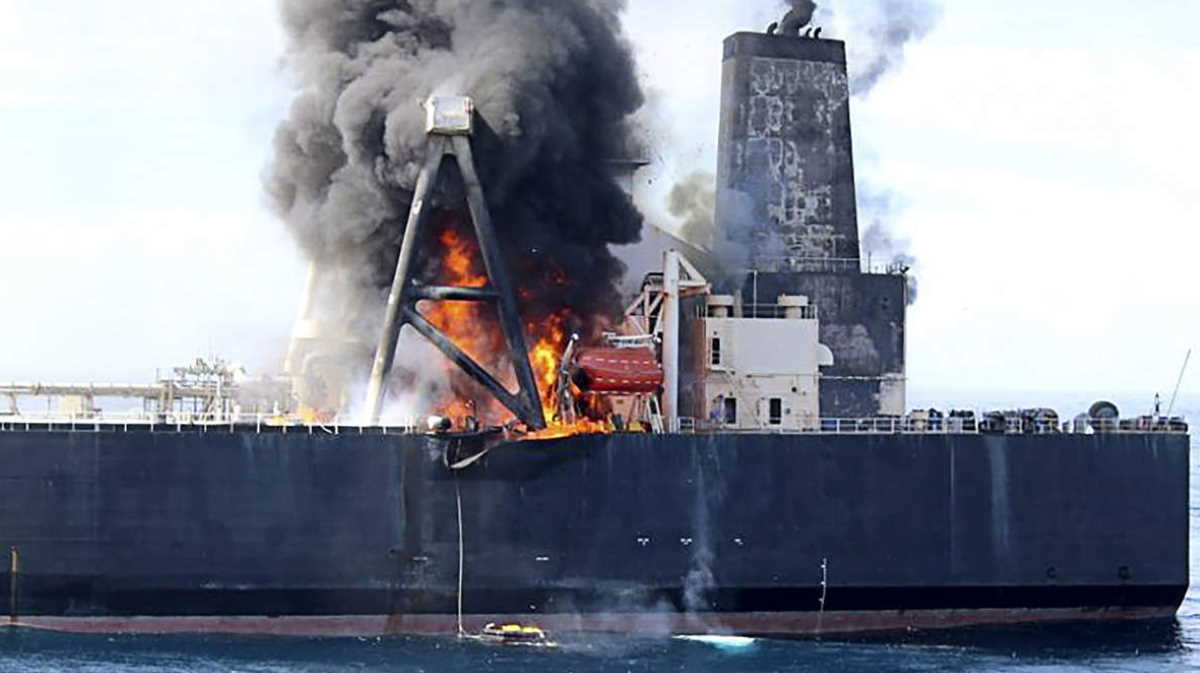 Efforts   Sri Lanka
The oil tanker "MT NewDiamond" was heading to the Paradip Port in India carrying crude oil from Kuwait when a fire broke out in its engine room.

According to the navy, the vessel lies 35 km off the eastern coast.

The oil tanker is carrying 270,000 metric tonnes of crude oil, heightening the risk of a catastrophic oil spill if the fire is not controlled soon, environmentalists have warned.

Sri Lanka Navy Spokesperson Captain Indika de Silva told Xinhua that as of Friday evening, nine vessels three from India, three local, and three tugs from the Hambantota Port were involved in dousing the flames and as at 6 p.m. local time, naked fire on board could no longer be seen.

"What we see now is just very heavy smoke. The navy is holding the tanker, preventing it from drifting towards the coast and although initially, we planned to tow it into deeper seas, we were unable to do it due to heavy currents," de Silva said.

More local vessels from the Hambantota Port and capital Colombo were on its way to help in the operations and the navy had made a request to neighboring countries for assistance. The navy had already begun sharing expertise with other naval teams in the region, de Silva said.

The navy spokesperson further said one Filipino crew member was presumed dead while another had sustained serious injuries and had been taken to an eastern hospital for treatment.

The remaining 21 crew members including the captain and engineer of the vessel had been rescued by the Sri Lanka Navy.

Captain de Silva said till Friday evening, there was no threat of an oil spill from the tanker. ■