Christian Fernsby ▼ | November 10, 2019
The Bolivian government has denounced that an attempted coup by right-wing forces is underway in an effort to oust President Evo Morales. 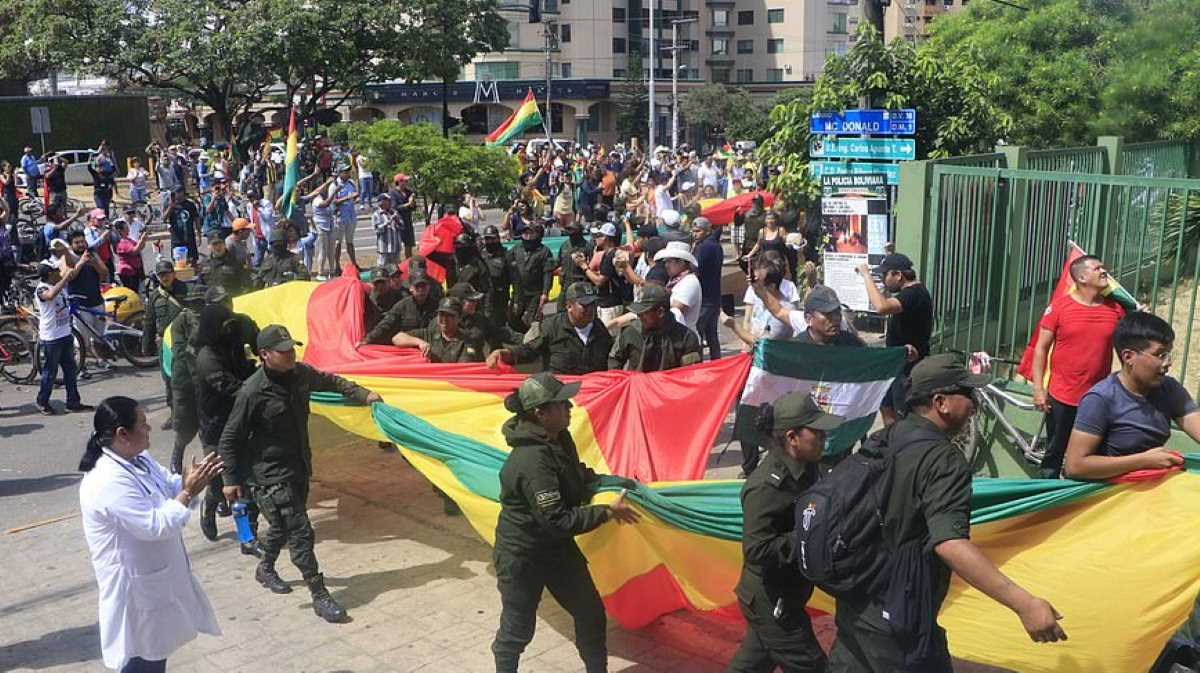 LatAm   Protests in Bolivia
The Movement to Socialism Party (MAS) and the senate chamber repudiated the violent acts carried out by vandal groups in the countryProtests in BoliviaThey also called the members of the opposition to the dialogue, noting that this dialogue would have the participation of the international community and religious entities.

For his part, President Evo Morales reaffirmed that request and called again the peace and unity of the Bolivian people.

President Evo Morales denounced violent attacks by opposition groups, who burned the house of the governors in the cities of Chuquisaca and Oruro, as well as his sister’s house.

Supporters of Evo Morales in the city of El Alto are taking to the streets amid right wing violence.

Public BoliviaTV has shut down all operations amid threats by right wing protesters of taking over itProtests in BoliviaThe channel's HQ is under siege. ■

30,000 stranded in Congo after floods