Christian Fernsby ▼ | September 25, 2020
A MiG-21 aircraft of the Serbian Army crashed in the area of the village of Brasina near Loznica, in western Serbia. 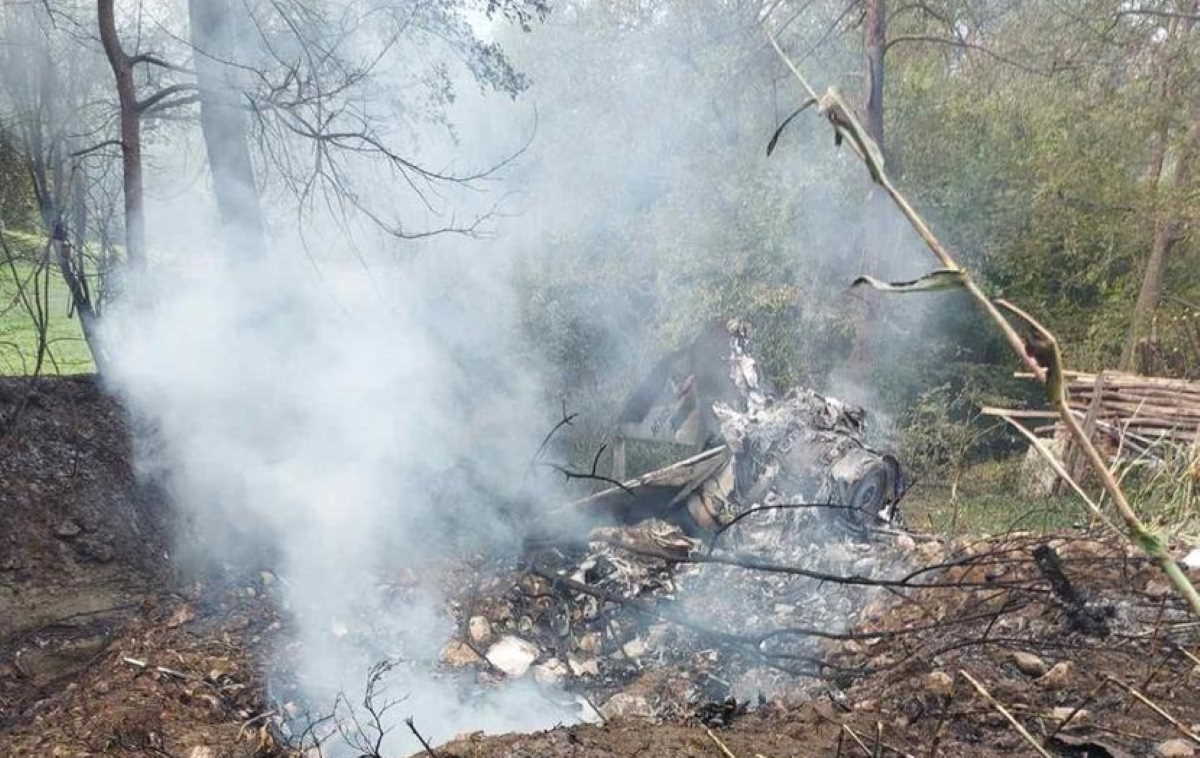 Brasina   MiG-21 crash Serbia
The photos from the scene of the accident show a completely smashed aircraft that caught on fire, and from which, after it crashed, smoke was billowing.

This can be clearly seen in the photos published by the Zvornik Danas portal.

The plane, as the photos show, has been completely destroyed.

The accident happened this morning around 9 o'clock, during a regular flight.

The plane crashed into the yard of a local man who has been injured.

A search and rescue service team of the Air Force and Air Defense and the competent authorities have been sent to the scene.

The Loznica hospital, an ambulance was dispatchd to the scene, and those injured are being transported to the Dr. Milenko Marin Health Center.

The pilot is being searched for. ■