Mexico recovers $110 million due to war on corruption

Christian Fernsby ▼ | February 11, 2020
President Andres Manuel Lopez Obrador received a check for two billion pesos (over 110 million dollars) as a result of the war on corruption and impunity. 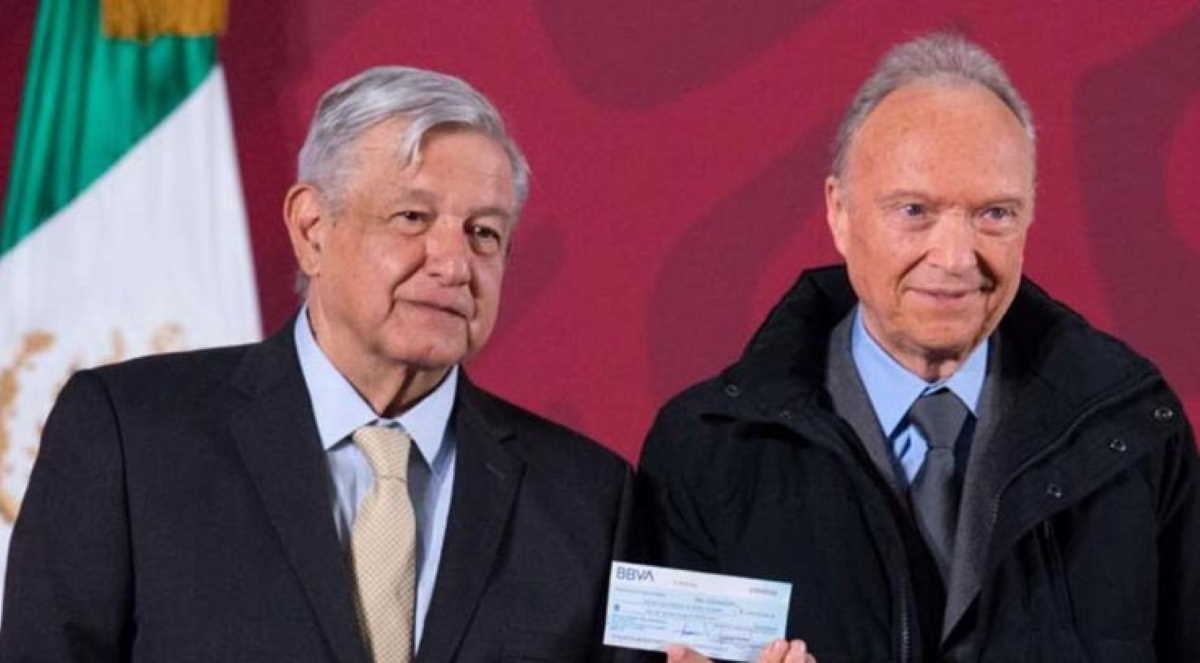 Business in Mexico   Andres Manuel Lopez Obrador check
The attorney general of the Republic, Alejandro Gertz Manero, delivered the check during the morning press conference at the National Palace. In the words of the President, that is the greatest contribution coming from a single corruption case.

Gertz Manero said that the first role of the Attorney's Office is compensating damage to the victims, not just for criminal actions, but also on the matter of corruption and economic crimes, which the government tries greatly to end.

The check received by Lopez Obrador was handed over to the head of the National Institute to Return the Stolen to the People, Ricardo Rodriguez Vargas, who revealed that in general numbers, what has been collected so far surpasses today's amount.

Answering the question about the most famous cases involving much greater amounts of embezzled money tan the aforementioned mount, such as the Pemex scam, the Attorney said that unfortunately the legal system protects what has been judged already, and it can't be done again.

Lopez Obrador pointed out that the Institute receives much more funds than what was delivered on Monday. It has a greater amount thanks to the common work by the Attorney's Office and the Public Ministry, and there are another two billion pesos or more in the fund to benefit the people. ■