Staff Writer | July 20, 2017
More than 3,000 firefighters on Thursday battled a raging wildfire in central California that has destroyed 29 structures and forced thousands to flee their homes. 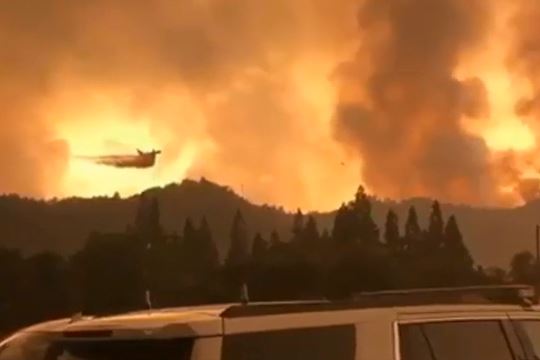 "Everybody's heart is in the game," Battalion Chief Jeremy Rahn told a community meeting on Wednesday night, noting that about 3,100 firefighters from across the region were battling the blaze, according to the Fresno Bee newspaper. "We are totally invested in this."

The fire has destroyed 29 structures and damaged five others as it threatens some 1,500 more structures, according to the California Department of Forestry and Fire Protection, or Cal Fire. ■

Argentina posts fiscal deficit of 1.5 percent of GDP in H1