Staff Writer | July 13, 2017
Following amendments approved in Parliament of the Marriage Act and other Laws (Amendment) Act, Malta will become the 15th nation in Europe to legalise same-sex marriage. 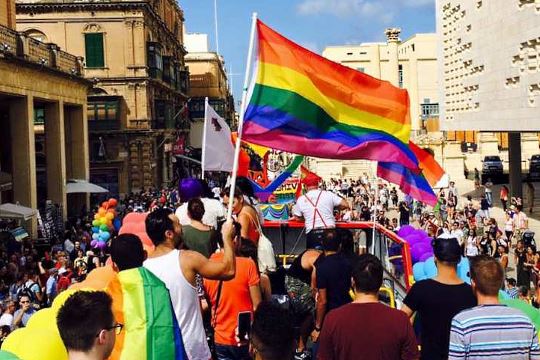 Equality   Marriage Act and other Laws
All the House MPs, with one exception, voted in favour of the law, after both the Government and Opposition had publicly declared their support for the bill.

The Act makes it legal for any and all consenting adult couples, be it of the same sex or different, have the right to enter into a marriage.

The bill will now be presented to the President who must sign it before it becomes law.

Once this happens, it will introduce changes to many clauses throughout Malta's laws.

Malta's Prime Minister Joseph Muscat said the vote showed that society had reached "an unprecedented level of maturity", adding that "We can all say we are equal."

Whilst the law approved Wednesday had introduced the possibility of marriage between same-sex couples, this right has in practice been in existence for the past three years in Malta, when civil unions were introduced. ■