Staff Writer | November 5, 2017
Three people died while thousands were evacuated when a heavy storm downpour hit Penang, a northern island in Malaysia home to some 1.75 million. 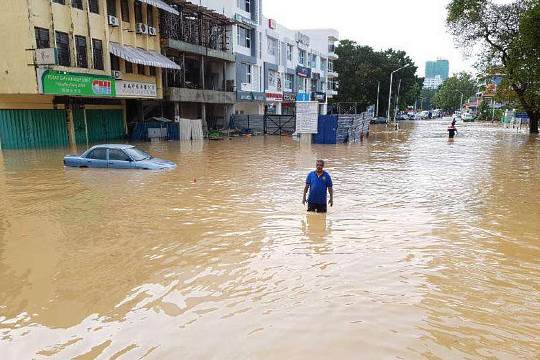 Weather   Three people died, thousands were evacuated
Heavy rain and gale-force winds overnight forced over 2,000 people to be moved to shelters due to flash floods, according to a statement from the Penang State Police Department.

Chief Minister Lim Guan Eng advised all Penang residents to remain home while those living in flood-prone areas were advised to move to higher ground.

He said flood water had risen to three to four meters, adding that the state government is mobilizing all resources with the assistance of the federal government to handle the situation.

Many residents fear the worse, as the state's meteorological department has issued a "red alert" over a forecast that more heavy rain is expected in the next two days.

About 50 flood relief centers have been opened and more victims are expected to be evacuated as the weather worsens, said the police statement.

"The Royal Malaysia Armed Forces has taken charge in deploying assets to rescue the people of Penang," it said.

The military was mobilized in the state following an appeal for the federal government's assistance from Lim. ■