Christian Fernsby ▼ | June 25, 2020
A major incident was declared after 500,000 defied pleas to stay away and descended in their droves on beaches in Bournemouth and other stretches of the Dorset coast. 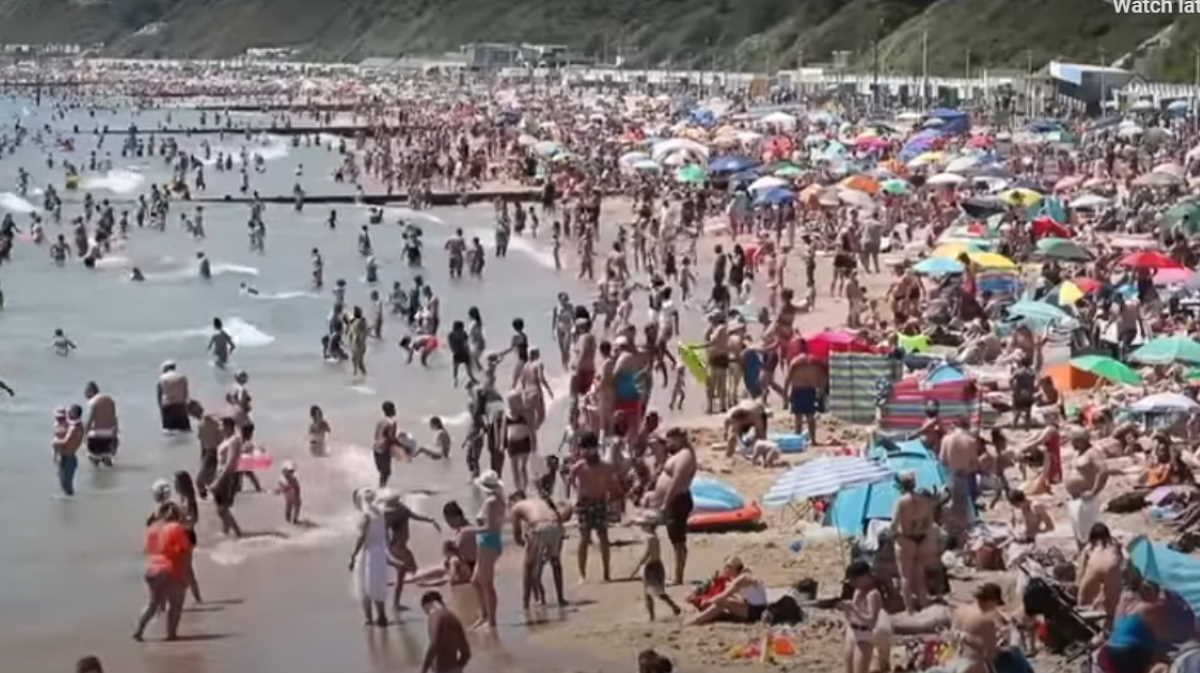 Incident   People flock to England's coast
The local authority, BCP council covering Bournemouth, Christchurch and Poole said it was forced to instigate a multi-agency emergency response to tackle issues ranging from overcrowding on the beaches, traffic gridlock and violence. Security guards had to be used to protect refuse collection teams.

The Bournemouth East MP, Tobias Ellwood, said half a million people had flocked to the beaches and said the situation was so overwhelming that the UK government should step in to help the council deal with the crisis.

He said: “A lot of people have chosen to be not just irresponsible but dangerous. We’ve made such progress tackling this pandemic. I’d hate to see Bournemouth be the one place in Britain that gets that second spike.”

The council leader, Vikki Slade, said: “We are absolutely appalled at the scenes witnessed on our beaches, particularly at Bournemouth and Sandbanks [in neighbouring Poole].

“The irresponsible behaviour and actions of so many people is just shocking and our services are stretched to the absolute hilt trying to keep everyone safe. We have had no choice but to declare a major incident and initiate an emergency response.

“The numbers of people descending down here are like those seen on a bank holiday. We are not in a position to welcome visitors in these numbers now. Please do not come.”

Extra police patrols were put on. Sam de Reya, Dorset police assistant chief constable, said: “These are unprecedented times and we are urging people to stay away from the area of Bournemouth beach and other Dorset beaches.

“The declaration of a major incident allows us to bring agencies together so we can take actions available to us to safeguard the public as much as possible." ■

Brazil in crop emergency as locusts near and head to Uruguay