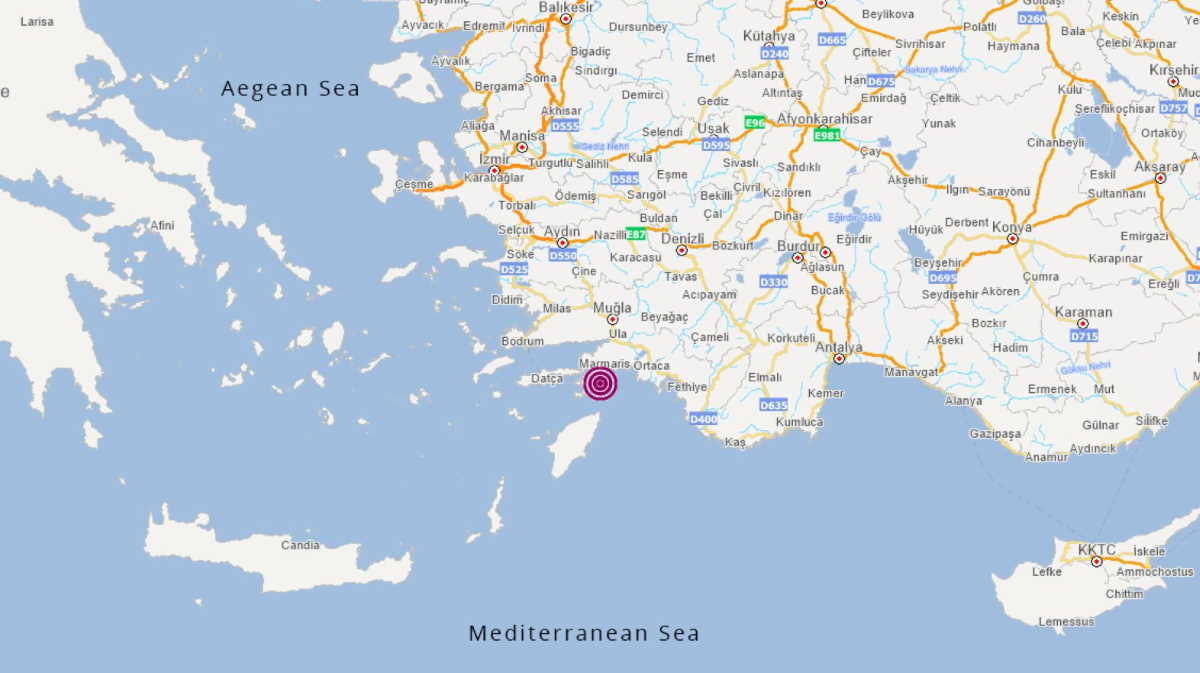 Marmaris district   Southern Turkey
The earthquake struck at 8.43 p.m. (local time) and was quite deep, measuring at a depth of 61.41 km below the seabed, AFAD said.

It was felt in Izmir, Antalya and surrounding provinces.

Muğla Governor Orhan Tavli said that no casualties or damage have taken place in the area. "Our teams are currently carrying out field scanning work in the area," Anadolu Agency cited Tavli as saying.

Marmaris District Governor Ertuğ Şevket Aksoy also confirmed that there have not been any casualties or damage following the earthquake. ■

Insurtech in a pandemic: Creating opportunities from threats

UK government still has no plan for post-Brexit truck movements