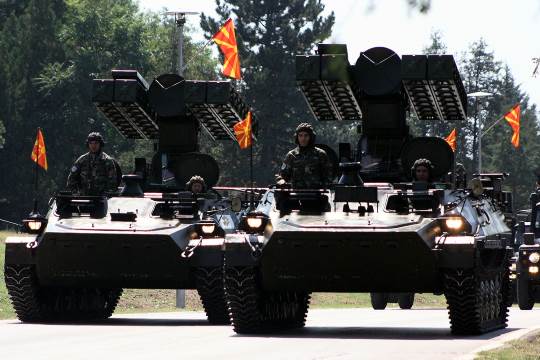 "By boosting the budget for the military, we are yet again affirming our dedication to meeting our strategic goal - NATO accession," said Sekerinska.

The minister explained that one of the main priorities of the 2018 budget would be focused on raising the salaries of the entire military structure by 9 percent.

"About 3.7 billion denars (around $71.3 million) are planned for salaries and compensations, including pay increase in the entire military," Sekerinska told reporters.

The other part of the budget is expected to be used for goods and services, in order to meet some elementary needs of the army, such as uniforms, boots, spare parts to maintain military equipment, the minister explained. ■