Christian Fernsby ▼ | May 3, 2020
The Libyan Army on Saturday hit an oil tanker belonging to militias of warlord Khalifa Haftar, according to the country’s military. 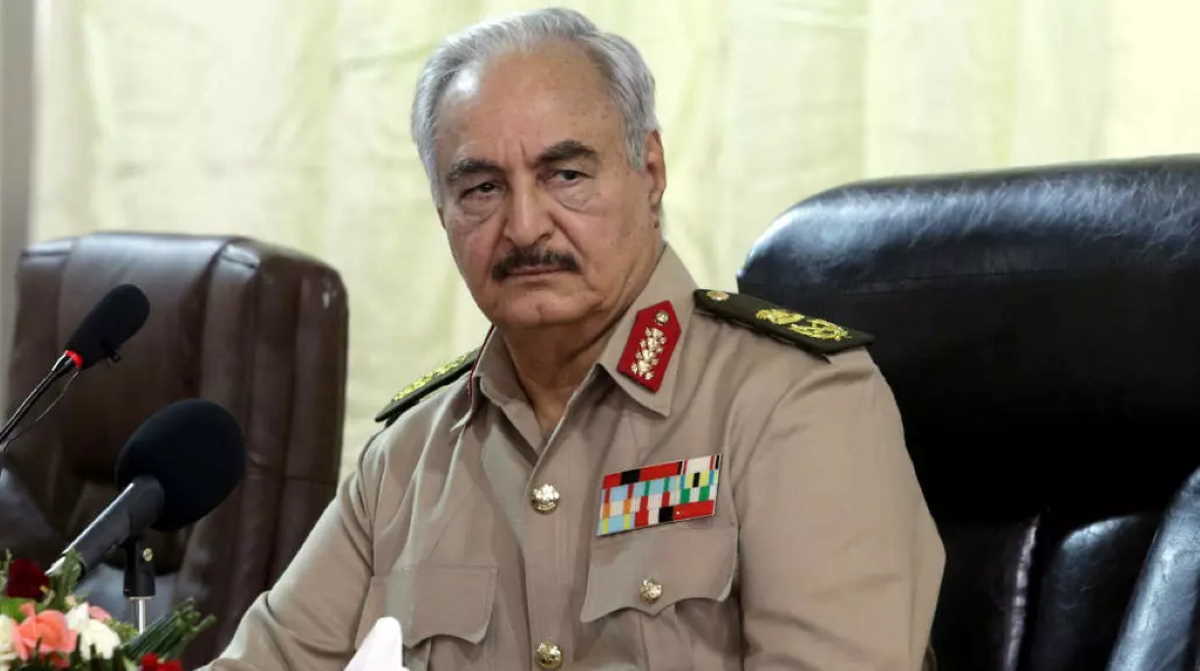 Libya   Khalifa Haftar
Col. Muhammad Kununu, a spokesman for the government’s armed forces, said in a written statement that the army conducted an airstrike on Nesme region, 200 kilometers (124 miles) south of the capital Tripoli.

The second strike hit another oil tanker en route to Tarhuna city to reach Haftar’s militia, according to a written statement by the press center of the Libyan Army-led Operation Rage of Volcano.

Tarhuna is a major focal point for Haftar’s militias in their onslaught against Tripoli as well as for their supply lines from Al-Jufra air base.

The Libyan Army has recently made gains against Haftar's militias, which are supported by France, Russia, the United Arab Emirates, and Egypt. ■

Libyan army takes over 2 large oil ports occupied by terrorists
Tribesmen close east Libyan oil terminals, cutting export in half
Tripoli forces repel Haftar from Tripoli but he has Russia and US as allies