Staff Writer | November 8, 2017
A piece of the wing of a Korean Air plane might have fallen off during its flight from South Korea's Incheon International Airport to Japan's Narita Airport close to Tokyoy. 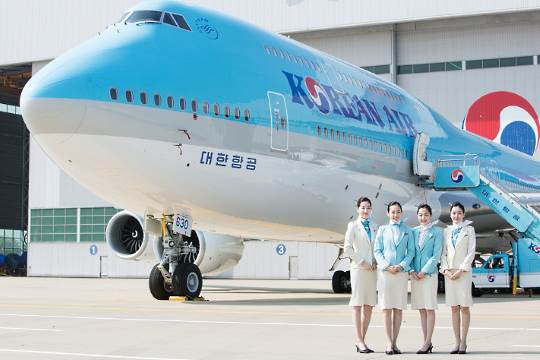 They said the tube, which is roughly 4 centimeters in diameter and weighs around 300 grams, was reported missing during a post-flight check at the airport after the plane landed at around 8:45 p.m. on Tuesday.

The tube possibly fell off from its position near a flap on one of the aircraft's main wings, transport ministry officials said, although inspections after the airport closed the runway temporarily did not turn up the missing part.

A spokesperson for the airline company said that no injuries were reported as a result of the missing tube, adding that the missing part could not seriously affect a plane's performance.

Following further inspections of the plane, the Korean Air spokesperson said the plane flew back to Incheon airport, minus the part.

Kyodo News reported that such incidents are not rare in Japan and following a part of a KLM Royal Dutch Airlines plane falling off and hitting a car and an All Nippon Airways plane losing the same panel part twice during flights in as many days, regulators are considering preventative measures. ■