Journalism has become a crime in Egypt, says Amnesty International

Christian Fernsby ▼ | May 4, 2020
Journalism has become a crime in Egypt and the authorities are targeting supporters and oppositionists to strengthen their control, Amnesty International warned, accusing the regime of a lack of transparency and withholding information about the spread of the coronavirus in the country. 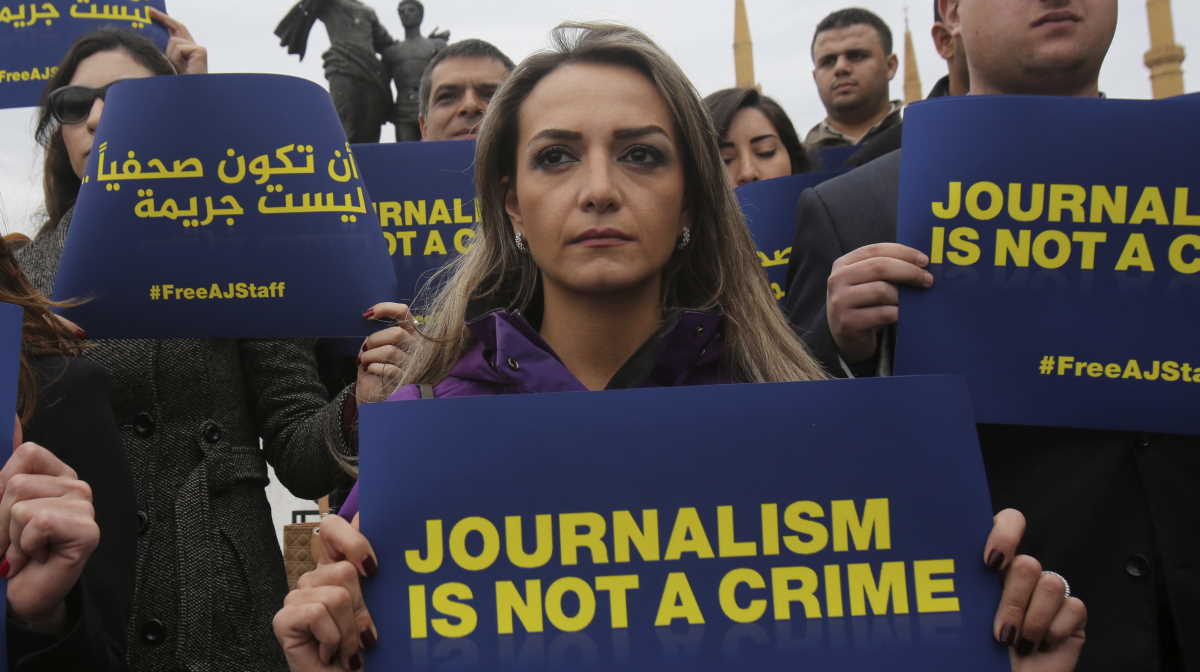 Journalism   Egypt journalist protest
The organisation stated in a report, coinciding with World Press Freedom Day, that over the past four years journalism has become a “crime”, at a time when the authorities are tightening their control over media outlets and crushing the opposition.

Amnesty pointed out that with the continued rise of coronavirus infections in Egypt, the government is strengthening its control over information, rather than promoting transparency.

“The Egyptian authorities have expressed very clearly that anyone who challenges the official narrative will be severely punished,” said Philip Luther, Amnesty International’s interim Middle East and North Africa Director.

According to Associated Press, Amnesty has documented 37 arrests of journalists as part of an escalating crackdown by the government on press freedoms, with many accused of “sharing fake news” or “misusing social media”.

The news agency stressed that after the military coup that brought President Abdel Fattah Al-Sisi to power in 2013, most Egyptian television programs and newspapers adopted the government’s position, and avoided criticism, for fear of arrest and disappearance.

The organisation’s report confirmed that the pro-government journalists have also been targeted. Twelve journalists working in state-owned media outlets were arrested for expressing different personal views on social media. ■