Staff Writer | May 30, 2018
Jet Airways has reportedly grounded four of its pilots for allegedly clicking selfies on a training flight. 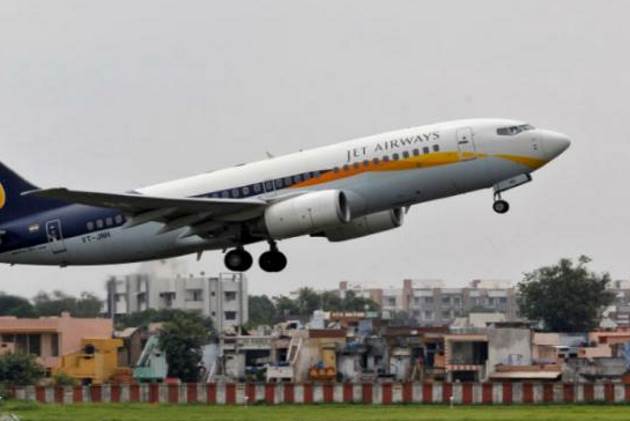 Air travel   This is not the first such incident for Jet Airways
Though the flight wherein they allegedly clicked the photographs was a training flight without any passenger, yet the act was in violation of the norms specified for airlines.

Among the pilots grounded by Jet Airways are a senior instructor level commander and three trainee pilots. The flight was on its way from Leh to Delhi on April 19 when the pilots clicked selfies. An internal investigation has been initiated by Jet Airways.

This is not the first such incident involving Jet Airways that has come to light. In 2014, one of the pilots of the airline had violated civil aviation safety guidelines by allowing his friends and colleague to not just access the cockpit area, but also click pictures with the pilots on duty.

The pilot, Sahil Arora, had posted the photographs on his Facebook timeline, inviting sharp reactions. In one of the pictures, the pilot was seen posing with a female friend, while another person – not a pilot – could be seen sitting inside the cockpit area.

In some photographs, the pilot was also seen posing inside the cockpit area with air hostesses and other crew members. Besides, another photograph that had gone viral on social media featured Arora and another pilot sticking their upper body out from the cockpit window and clicking a selfie.

According to the norms prescribed by the Directorate General of Civil Aviation (DGCA), not everyone can access the cockpit area of a flight. Apart from the pilots, only DGCA inspecting officials, engineer or trainee pilots can enter the restricted zone. ■