Christian Fernsby ▼ | June 15, 2019
Japanese Foreign Minister Taro Kono on Saturday called for UN inquiry about the attacks on two oil tankers in the Gulf of Oman, one of which was operated by a Japanese company. 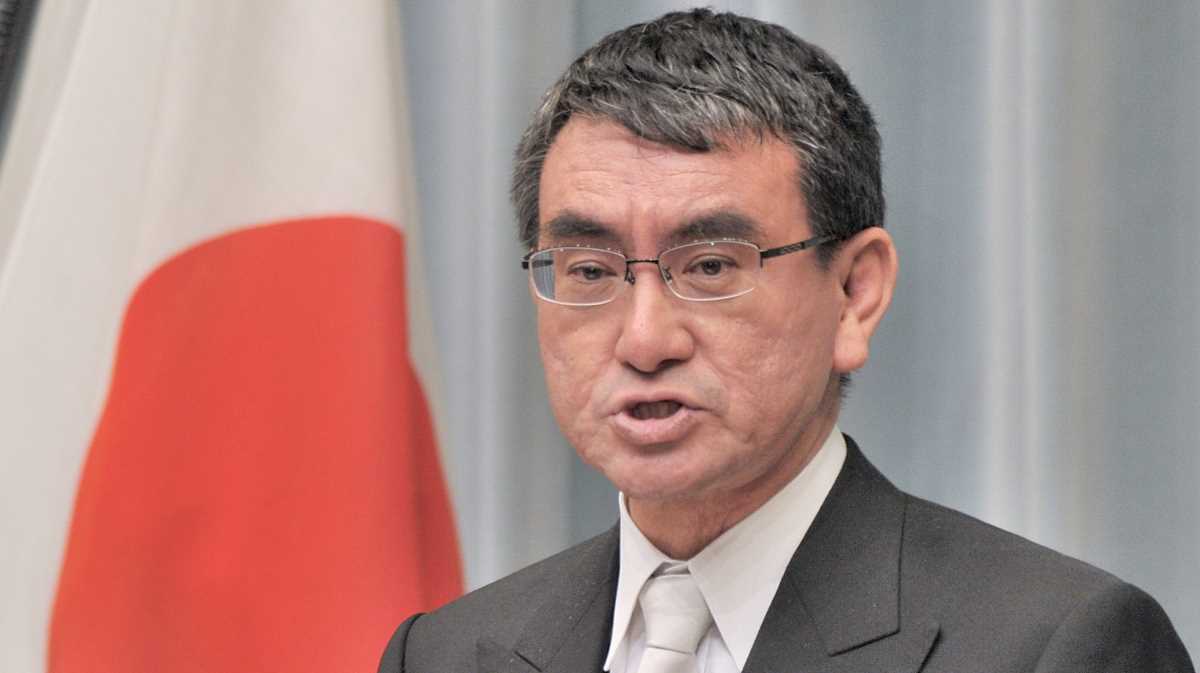 Asia   Japanese Foreign Minister Taro Kono
Kono said that he talked with his US counterpart Mike Pompeo regarding the issue.

He added that Japan will exchange information with the US and other countries to figure out what really happened so that it can react accordingly.

Without putting forth any proofs, the US accused Iran of attacking the tankers, but Kono said that Japan said that Tokyo is after having a clear understanding of the incident.

Though Washington said a mine caused the explosion, Yutaka Katada, the Japanese company’s executive director said, “Our crew said that the ship was attacked by a flying object."

Yutaka Katada, chief executive of the Japanese company operating the ship called Kokuka Courageous, one of two vessels attacked near the Strait of Hormuz, said the damage could not have been caused by mines or torpedos that are shot underwater, since the damage was reportedly above the ship’s waterline.

The Kokuka Courageous and another Norwegian-operated vessel were ablaze for hours in the Gulf. The owner's of the other vessel, the Front Altair, have not yet provided an explanation of what they believe to be the cause of the damage.

The entire 21-person crew were evacuated the Kokuka Courageous. Sailors reported seeing the “flying objects” from the vessel before the incident occurred, according to Katada. ■