Christian Fernsby ▼ | March 31, 2020
Italy on Tuesday observed an emotional minute of silence at midday, exposing Italian flags at half-mast in a nationwide tribute to the victims of the coronavirus pandemic. 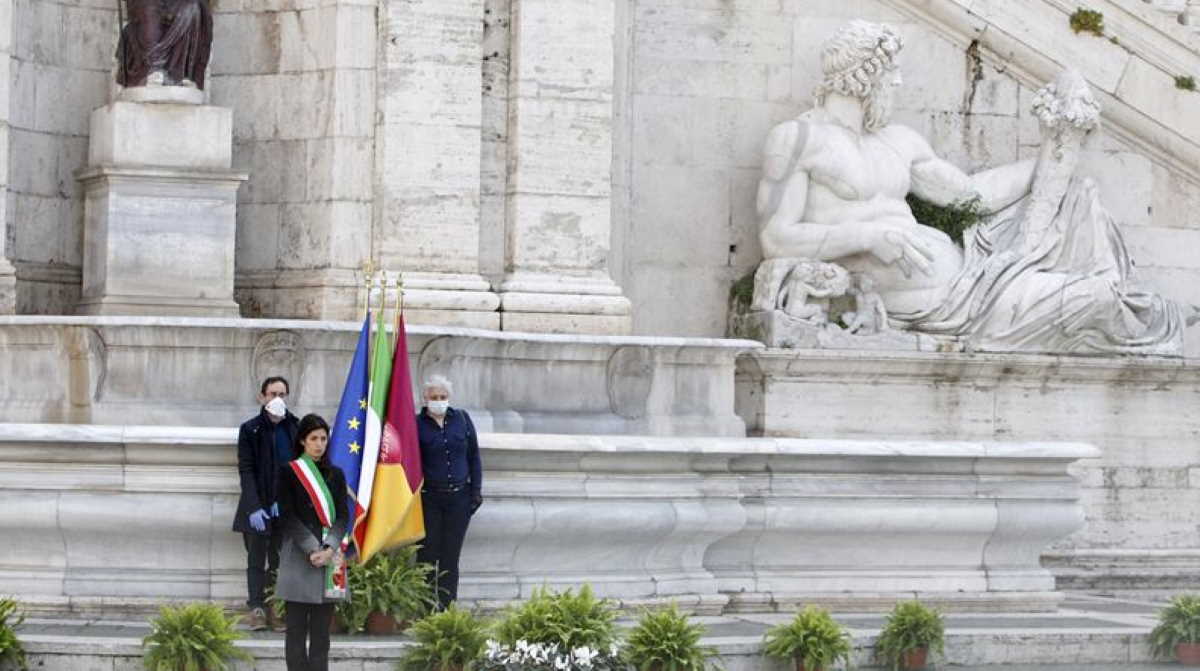 Sad day   Italy silence
The tribute - initially proposed by the northern city of Bergamo, one of the worst-hit in the country - was embraced by all cities and towns across the nation. The Vatican also lowered its flags, joining the collective homage.

Prime Minister Giuseppe Conte said the initiative was a sign of national mourning and solidarity with the victims and their families as Italy’s death toll on Monday crossed 11,000 - still the highest globally - despite a slowdown in contagions.

"We need to make it … We have to do it for those who are currently fighting to protect our health, often putting their own life at risk," Raggi said, referring to the many doctors and nurses who lost their lives as they battled the spread of the virus.

In a continued effort to contain the outbreak, the Italian government is mulling an extension to the almost-total lockdown until at least Easter Sunday, on April 12, Italy's Health Minister Roberto Speranza said Tuesday.

Meanwhile, businesses owners are calling for the government’s help to face the heavy economic fallout from the emergency.

Italy’s main business association, Confindustria, forecasted Tuesday that the pandemic-driven losses in terms of output could reach as high as 10% in the first half of the year - a real disaster for the country’s struggling economy - and an annual output drop at around 6%. ■