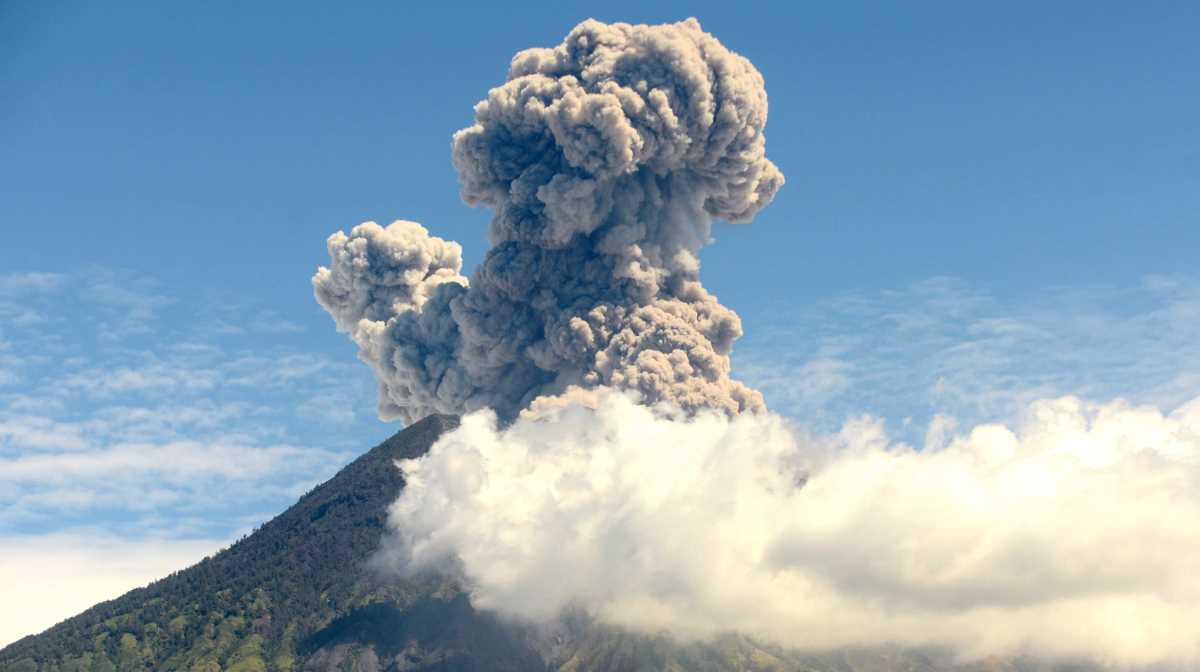 "The ash column could not be observed. Thundering sounds from the eruption were heard adequately strong from the monitoring post," PVMBG said in a statement.

The eruption also threw smoldering lava and pieces of stone into the air, fell in areas around 2.5-3 km from the summit.

Residents, trekkers and tourists are strictly prohibited to be around the red zone areas set at 4 km away around Mount Agung summit.

Residents who reside around the downstream of rivers upstreaming in the Mount Agung are advised to remain vigilant on possible stream of hot lava or volcanic materials.

Volcanic activities of the volcano located in eastern side of the Indonesia's resort island remained intense after the large eruption in 2017. Frequent mild eruptions have been reported in the last several months.

Mount Agung eruption in November in 2017 has forced the authorities to close down the airport for several days, hampering tourism in Indonesia's ultimate destination.

The volcanic disaster had forced over 43,000 residents in Bali's eastern regencies to refuge in shelters. Dozens of elder refugees died in the shelters due to the ensuing eruption. ■