Christian Fernsby ▼ | October 30, 2019
On 29 October 2018, Lion Air flight 610, a Boeing 737 MAX 8, crashed into the sea shortly after takeoff from Jakarta-Soekarno-Hatta International Airport, Indonesia, killing all 189 on board. 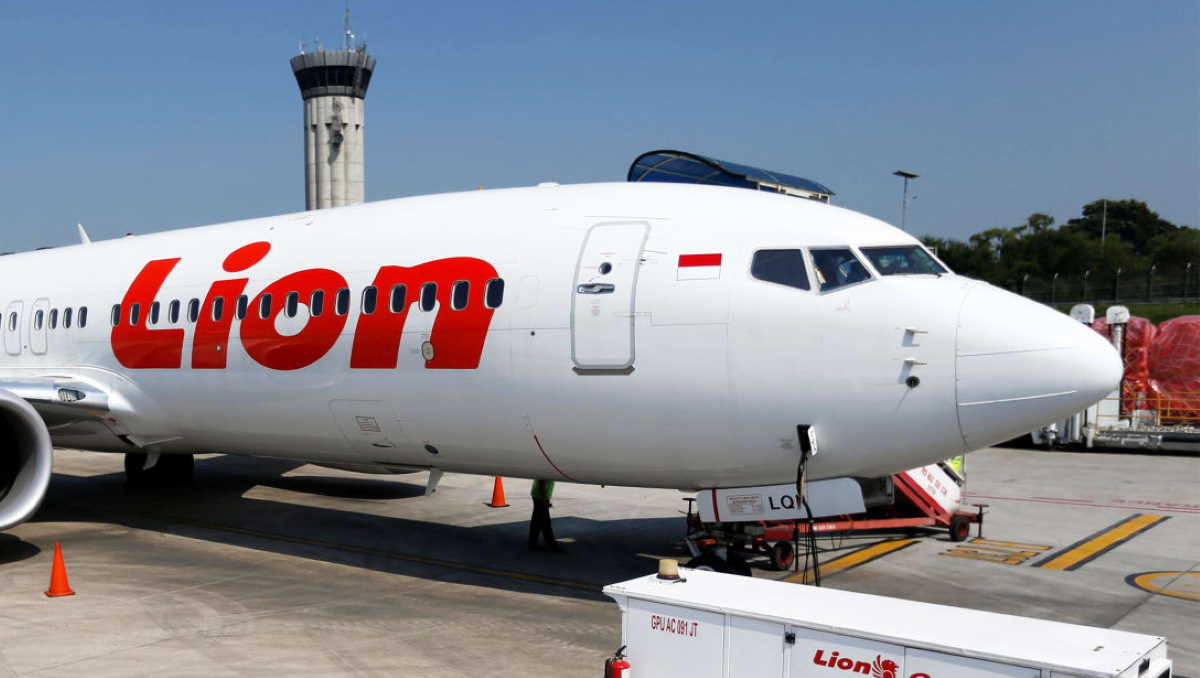 Several attempts were made by engineers to rectify these issues. The day before the accident the Angle of Attack (AoA) sensor was replaced by engineers at Denpasar Airport.

The flight from Denpasar to Jakarta (JT43) was the flight prior to JT610. During rotation of flight JT43, the stick shaker activated and an IAS DISAGREE warning showed on the captain's PFD at 400 feet.

The flight was handled by the copilot as it was determined that the captain's PFD was unreliable.

The flight crew moved the STAB TRIM (stabilizer trim) switch to CUT OUT due to three automatic nosedown trim occurrences. The crew worked checklists and continued the flight to CGK.

Based on the crew's entry in the AFML, the engineer at Jakarta flushed the left Pitot Air Data Module (ADM) and static ADM to rectify the reported IAS and ALT disagree and cleaned the electrical connector plug of the elevator feel computer. The aircraft was subsequently released to carry out flight JT610.

During takeoff from Jakarta, the DFDR recorded a difference between left and right Angle of Attack of about 20° which continued until the end of the recording. During rotation of the aircraft, the left control column stick shaker activated and continued for most of the flight.

In their communications with air traffic control, the flight crew asked the controller to confirm the altitude of the aircraft and later also asked the speed as shown on the controller radar display. The copilot reported experiencing a "flight control problem" and that they were flying the aircraft manually.

The FDR stopped recording within twenty seconds of the pilot's response. The aircraft impacted the sea some 15 km north off Tanjung Bungin. All 189 persons on board died in the accident.

Search and rescue personnel recovered the flight data recorder (FDR) and other debris on November 1, at 30-35 m below the water surface.

In the initial stages of the investigation, it was found that there is a potential for repeated automatic nose-down trim commands of the horizontal stabilizer when the flight control system on a Boeing 737 MAX aircraft receives an erroneously high single AOA sensor input.

Such a specific condition could among others potentially result in the stick shaker activating on the affected side and IAS, ALT and/or AOA DISAGREE alerts.

The logic behind the automatic nosedown trim lies in the aircraft's MCAS (Maneuvering Characteristics Augmentation System) that was introduced by Boeing on the MAX series aircraft. This feature was added to prevent the aircraft from entering a stall under specific conditions.

On November 6, 2018, Boeing issued an Operations Manual Bulletin (OMB) directing operators to existing flight crew procedures to address circumstances where there is erroneous input from an AOA sensor.

Probable cause and contributing factors:

1. During the design and certification of the Boeing 737-8 (MAX), assumptions were made about flight crew response to malfunctions which, even though consistent with current industry guidelines, turned out to be incorrect.

2. Based on the incorrect assumptions about flight crew response and an incomplete review of associated multiple flight deck effects, MCAS’s reliance on a single sensor was deemed appropriate and met all certification requirements.

3. MCAS was designed to rely on a single AOA sensor, making it vulnerable to erroneous input from that sensor.

4. The absence of guidance on MCAS or more detailed use of trim in the flight manuals and in flight crew training, made it more difficult for flight crews to properly respond to uncommanded MCAS.

6. The replacement AOA sensor that was installed on the accident aircraft had been mis-calibrated during an earlier repair. This mis-calibration was not detected during the repair.

7. The investigation could not determine that the installation test of the AOA sensor was performed properly. The mis-calibration was not detected.

8. Lack of documentation in the aircraft flight and maintenance log about the continuous stick shaker and use of the Runaway Stabilizer NNC meant that information was not available to the maintenance crew in Jakarta nor was it available to the accident crew, making it more difficult for each to take the appropriate actions.

9. The multiple alerts, repetitive MCAS activations, and distractions related to numerous ATC communications were not able to be effectively managed. This was caused by the difficulty of the situation and performance in manual handling, NNC execution, and flight crew communication, leading to ineffective CRM application and workload management. These performances had previously been identified during training and reappeared during the accident flight.

An overlooked piece of the solar dynamo puzzle