Staff Writer | May 10, 2018
Guatemalan and U.S. officials have seized up to 3 tons of cocaine hidden in false-bottomed compartments aboard the Tanzania-flagged containership Tiamat. 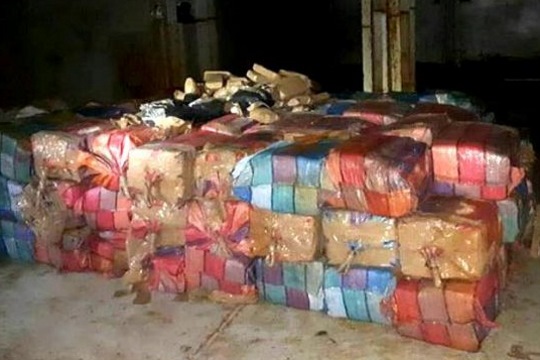 Once the vessel docked, the authorities launched an inspection aboard, discovering some 3 tons of cocaine so far. The 8,717 dwt vessel remains in Puerto Quetzal where the inspection process continues.

Thirteen persons who were aboard the ship at the time, including citizens of Colombia, Ecuador and Peru, were detained.

The drugs aboard Tiamat, which was en route from Ecuador to Ensenada, Mexico, were reportedly destined for North America. ■