Staff Writer | July 11, 2017
The Venezuelan National Electoral Council (CNE) announced that any attempt to block the vote on July 30 to elect a National Constituent Assembly (ANC) would be a violation of human rights. 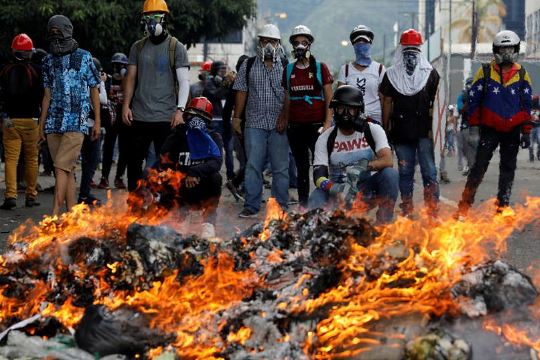 LatAm   What would be a violation of human rights
Writing on Twitter, CNE director Tania D'Amelio cited the constitution which states that voting is a right that nobody can harm.

"Voting is a right. Free, universal, direct and secret votes will take place. The law guarantees the principles of personal voting and proportional representation," she stated.

"The electors have the right to vote in the elections for the National Constituent Assembly set for July 30, which is why stopping them would be a violation of the human right to vote," wrote D'Amelio, adding that offenders could be jailed.

The election of an ANC is a controversial topic in Venezuela as of President Nicolas Maduro's instrument to rewrite the constitution. He sees it as the best way to lead the country out of its political and economic crisis.

CNE president Tibisay Lucena also defended the elections on Monday, calling them a "stellar moment" for those who would be elected.

"This is the stellar moment for candidates, to defend their electoral proposals, for Venezuelans to make their decisions in an informed and conscious manner," said Lucena at a press conference.

According to the official, candidates will have the opportunity to present their proposals on television, where they will benefit from three minutes of air a day, or in the printed press, with one page on tabloids and half a page on standard newspapers.

However, the opposition Democratic Unity Roundtable (MUD) has rejected the accusation that the election of an ANC is an attempt by Maduro to consolidate his power.

Street protests have been ongoing since April to demand early presidential elections and, more recently, an end to any attempt to rewrite the constitution.

MUD, energized by the release of its emblematic leader Leopoldo Lopez, is leading a charge against the new assembly to be chosen in the July 30 elections. ■