Germany adds pressure on Italy and Malta to accept all immigrants

Staff Writer | June 11, 2018
Malta is accusing Italy of violating international norms by instructing a migrant rescue ship with 629 people aboard to stay at sea while a diplomatic standoff plays out over where it can dock. 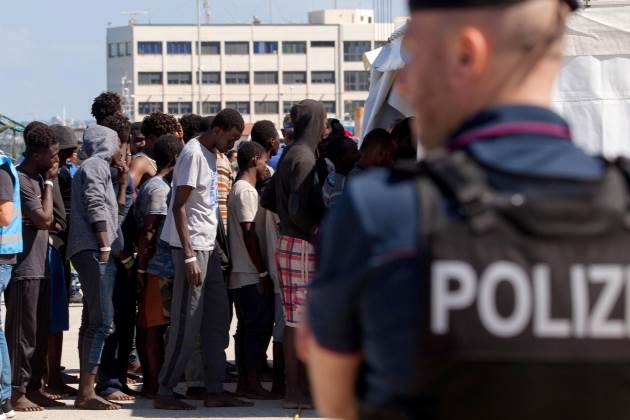 The German government is calling on all involved with the fate of a migrant rescue ship in the Mediterranean Sea to "do justice to their humanitarian responsibility."

Italy and Malta were both refusing Monday to let the ship with 629 people aboard dock, leaving the migrants at sea as a diplomatic standoff escalated under Italy's new anti-immigrant populist government.

Chancellor Angela Merkel's spokesman, Steffen Seibert, told reporters in Berlin on Monday: "We are concerned about the situation on this ship, the Aquarius, and the German government calls on all involved to do justice to their humanitarian responsibility."

However, he added that Germany believes "particularly burdened countries, and Italy is of course one of them, must not be left alone" in dealing with Europe's migrant influx. ■

Immigrant population hits new high in Germany with record 18.6 million people
EU most divided in world on acceptance of migrants
Trump: We want immigrants from everywhere