German farmers to stage another tractor protest in Berlin

Christian Fernsby ▼ | January 15, 2020
A major tractor protest is set to take place in Berlin this weekend. Expect disruption as thousands of angry farmers descend on the capital to voice their displeasure at German agricultural policy. 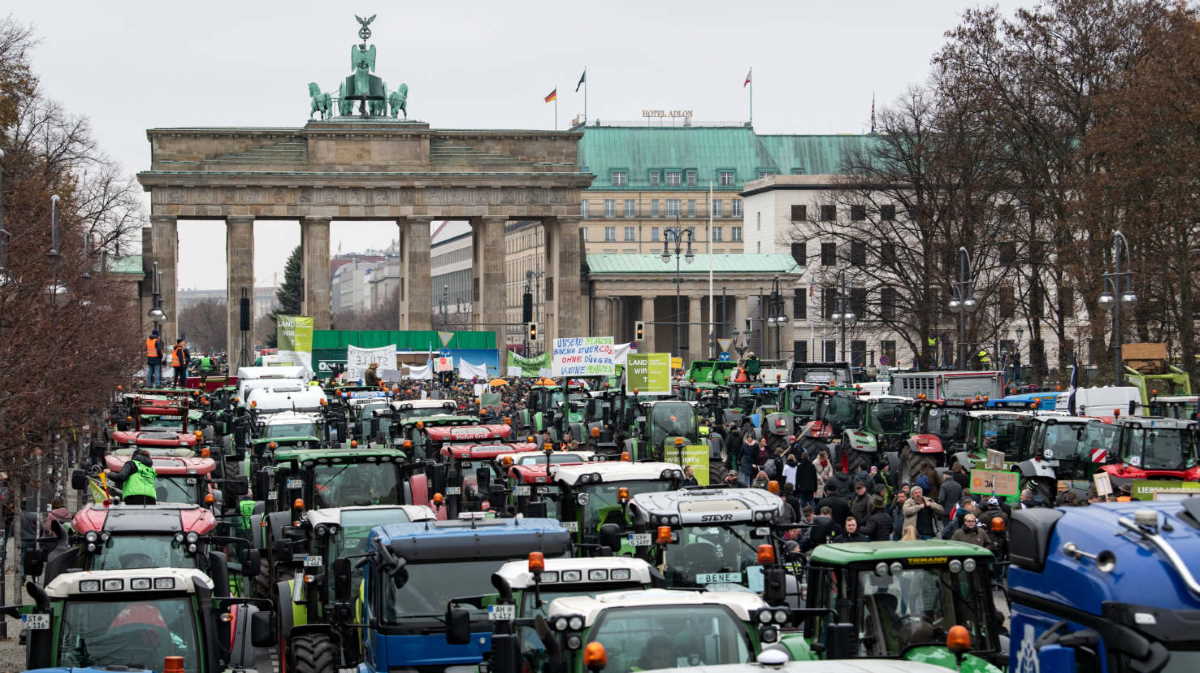 Farmers in Berlin   German farmers in Berlin
This weekend, Berlin will be at the mercy of a hoard of farmers from all corners of Germany, who will arrive in the city on Friday, January 17, for the first of a planned two days of protests.

Under the motto “Countryside creates connection we call to the table”, on Friday they will attempt to block streets all over the capital between 11 am and 7 pm, before ending their protest with a mass rally on Straße des 17. June opposite the Technical University.

Since thousands of farmers are expected to take part in the rally, the Straße des 17. Uni will be blocked in both directions between Ernst-Reuter-Platz and Großer Stern from 6 pm on Thursday evening until 7 pm on Friday evening.

On Saturday, the tractors will again roll up from 7.30 am as a second rally gets underway. Under the new motto “We are fed up!”, the farmers will drive through the city from its northern, southern and eastern limits to once again converge on Straße des 17. Uni, where two rallies will take place - one at 10 am and another at 12.30 pm.

The exact routes the farmers will take have been highlighted by the police, who recommend circumnavigating the area on both Friday and Saturday and where possible using public transportation rather than driving through the city. ■