Christian Fernsby ▼ | June 2, 2020
World outrage at George Floyd‘s death in the U.S. was growing Tuesday as the European Union’s top diplomat said the bloc was shocked and appalled by it and thousands marched in Australia’s largest city. 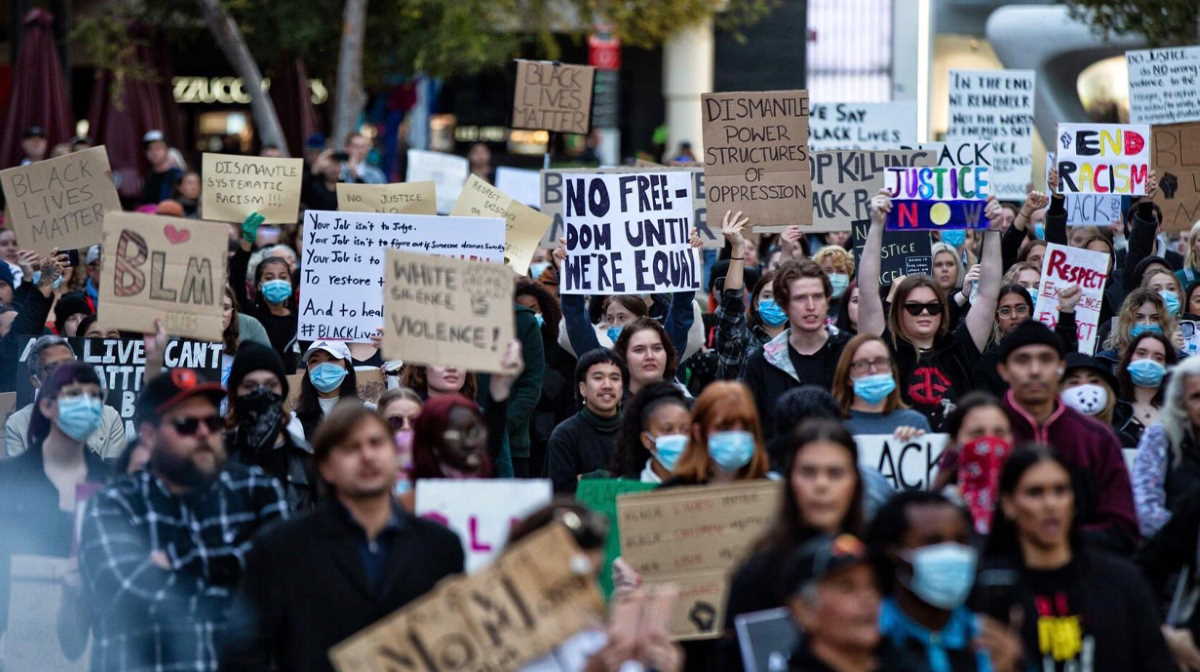 Tragedy   George Floyd protest Australia
In France, protests were planned for the evening in Paris and across the country after calls from the family of a French black man who died shortly after he was arrested by police in 2016. A protest was also planned in The Hague, Netherlands.

Floyd died last week after he was pinned to the pavement by a white police officer in Minneapolis who put his knee on the handcuffed black man’s neck until he stopped breathing. His death set off protests that spread across America.

EU foreign policy chief Josep Borrell’s remarks in Brussels were the strongest so far to come out of the 27-nation bloc, saying Floyd’s death was a result of an abuse of power.

Borrell told reporters that “like the people of the United States, we are shocked and appalled by the death of George Floyd.” He underlined that Europeans “support the right to peaceful protest, and also we condemn violence and racism of any kind, and for sure, we call for a de-escalation of tensions.”

Protesters around the world have expressed solidarity with Americans demonstrating against Floyd’s death.

Thousands marched through downtown Sydney on Tuesday. The protesters in Australia’s largest city chanted, “I can’t breathe” — some of the final words of both Floyd and David Dungay, a 26-year-old Aboriginal man who died in a Sydney prison in 2015 while being restrained by five guards.

The demonstrators carried placards reading, “Black Lives Matter,” “Aboriginal Lives Matter,” “White Silence is Violence” and, referring to those protesting in cities across the U.S., “We See You, We Hear Your, We Stand With You.” Other placards read, “We’re here because they aren’t,” with depictions of Floyd and Dungay.

The protesters, who appeared to number around 3,000, marched from Hyde Park to the New South Wales state Parliament, with plans to continue to the U.S. Consulate.

Around 2,000 demonstrators had gathered in Australia’s west coast city of Perth on Monday night to peacefully protest Floyd’s death, and rallies are planned for other Australian cities this week.

An indigenous Australian lawmaker called on governments to use Floyd’s death as an opportunity to reduce deaths of indigenous people in custody. ■

11 earthquakes in just one day near Yellowstone park