Christian Fernsby ▼ | August 10, 2019
At least 60 people have been killed and 70 injured after a fuel tanker exploded in Tanzania following a collision. 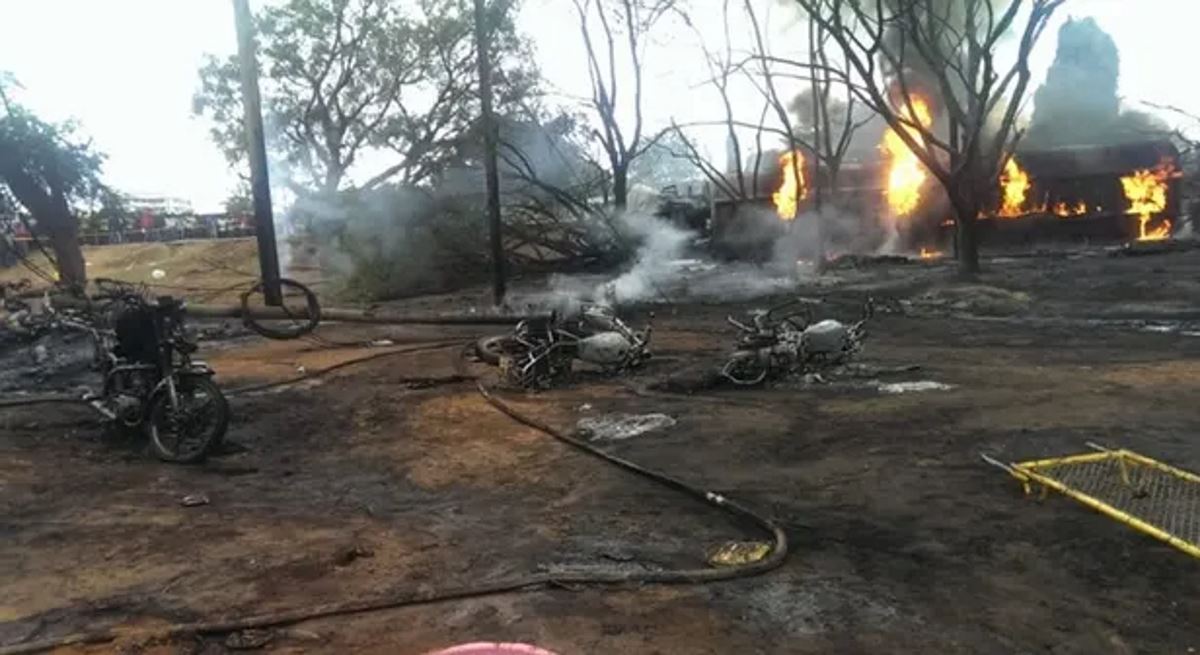 Africa   Fuel tanker explosion
The tanker burst into flames as crowds gathered to siphon petrol from the vehicle in Morogoro, about 125 miles (200km) west of the commercial capital, Dar es Salaam.

Videos circulating on social media showed the burned remains of dozens of young men, while footage from before the explosion showed a large crowd collecting liquid from puddles in jerry cans.

Daniel Ngogo, a witness, told Reuters: “The situation is really bad. Many people died here, even those who were not stealing fuel because this is a busy place.

“The fire was huge and it was challenging to rescue victims. I have seen about 65 to 70 people being rescued because the fire was fast spreading across the accident area.”

The president, John Magufuli, said he was shocked and saddened by the deaths, his office said in a statement. ■