From UK and France to Germany and Belgium, Europe prepares for record heat

Christian Fernsby ▼ | July 22, 2019
Britons are being urged to check on their neighbours as a heatwave hits the country this week. 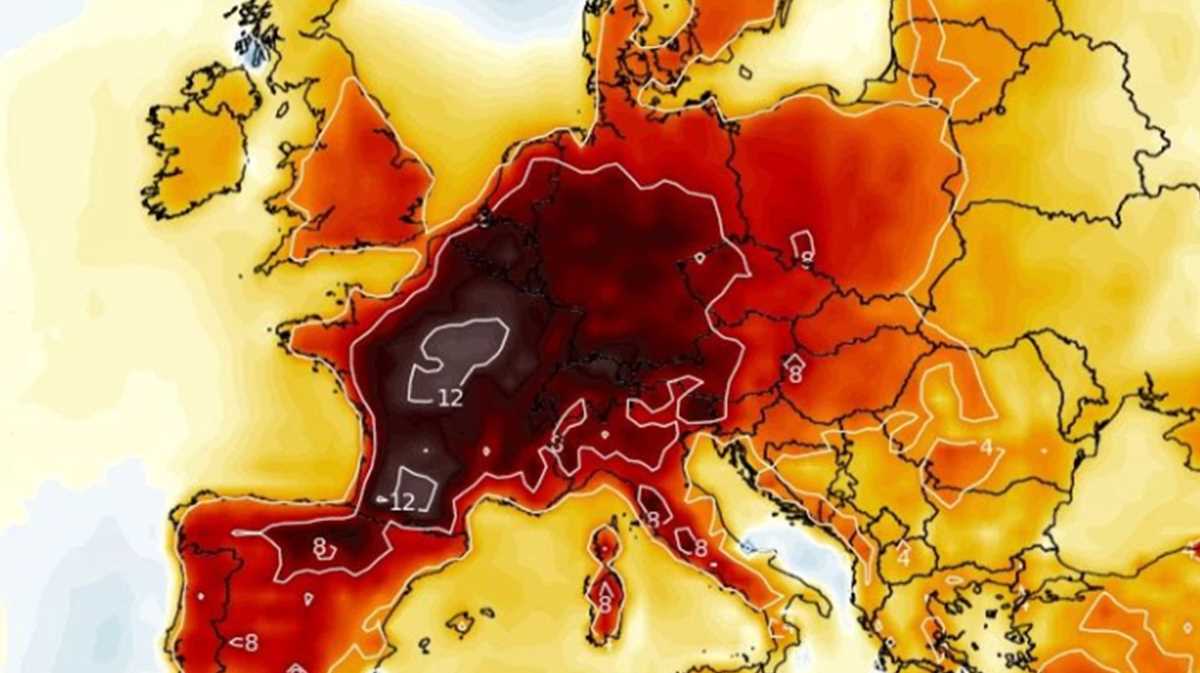 Weather   Heat wave in Europe
Ruth May, chief nursing officer for England, said people should make time to "check in on neighbours and loved ones who can suffer the most from heat and pollen".

The warning comes as forecasters say the UK could see record temperatures for July this week and might even break the all-time night-time record.

The mercury is expected to hit 34C (95F) in London on Wednesday, while Thursday could see 36C (97F), not far off the July record of 36.7C (98F) and the record for the hottest night may also be under threat.

The weather is going to be dangerously hot this week so hot in fact that heat maps are now showing the temperature for the UK as black.

Temperatures were already set to top 30 degrees Celsius on Monday in Paris, but the mercury could soar beyond 40 degrees on Thursday and topple a temperature record dating back to 1947.

The severe heat, which forecasters say will only last a few days but will be exceptionally intense, is expected to affect northern France and parts of Belgium, Luxembourg and the Netherlands.

"The heatwave that is too much," said the headline in the Le Parisien daily on Monday, highlighting that "Act II" of this summer's severe weather would further hurt production of crops from potatoes to grapes.

"We are forecasting 41 or 42 degrees in Paris on Thursday and there is the strong chance of beating the record," he added.

Temperatures could exceed 38C in some parts of Germany this week during a record fourth summer heat wave.

On Thursday temperatures around Germany will spike to up 38C - reigning in the fourth heat wave of the summer. ■