Staff Writer | July 5, 2017
French Polynesia's nuclear test veterans have been given fresh hope that France will at last compensate them for the poor health caused by the weapons tests. 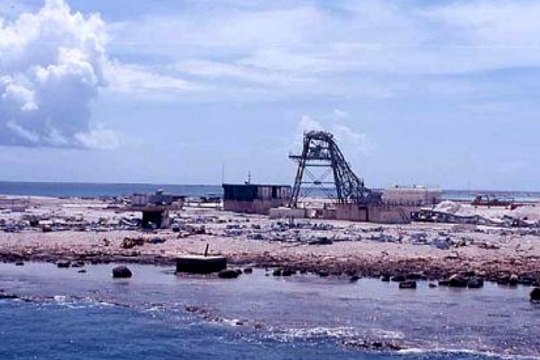 The news came amid commemorations in Tahiti of the first of 193 tests which the French military carried out in Moruroa and Fangataufa over a 30-year period.

The event in Papeete was also to remember two long-standing campaigners John Doom and Bruno Barrillot who died in the past year.

Although France passed a law in 2010 to compensate victims, its criteria were worded too narrow to be relevant. Now a review of the Loi Morin - the law named after the defence minister at the time - gives new hope.

A letter from the French Polynesian president Edourad Fritch was sent to the organisations fighting for recognition of the damage caused by the tests.

"I have the pleasure to advise you that the Council of State, based on a opinion from June 28th, has indicated that this reform will come into force immediately and that the the Nuclear Test Victims Committee will review all the cases which it had earlier rejected."