France: Nuclear accident may have occurred in Europe

Staff Writer | November 10, 2017
Ruthenium 106 has been detected in late September by several European networks involved in the monitoring of atmospheric radioactive contamination, at levels of a few milliBecquerels per cubic meter of air. 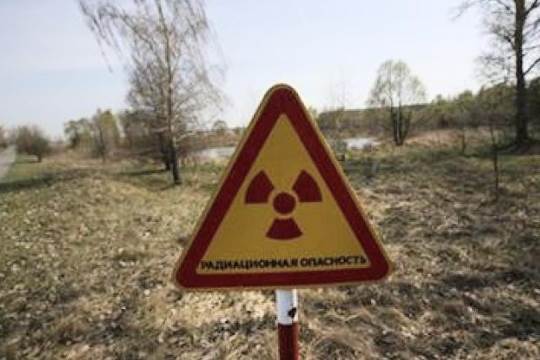 Nuclear energy   The monitoring of atmospheric radioactive contamination
IRSN's investigations make it possible to provide information on the possible location of the source of the release as well as the order of magnitude of the quantities released.

As soon as it became aware of the first detections of Ruthenium 106 in the atmosphere in Europe, IRSN mobilized all its means of radiological monitoring of the atmosphere and conducted regular analysis of the filters from its monitoring stations.

Ruthenium 106 has been detected in late September by several European networks involved in the monitoring of atmospheric radioactive contamination, at levels of a few milliBecquerels per cubic meter of air

Measurement results from European stations communicated to the Institute since October 3, 2017, have confirmed the presence of Ruthenium 106 in the atmosphere of the majority of European countries.

The results obtained for sampling periods later than October 6, 2017, showed a steady decrease in Ruthenium 106 levels, which is currently no longer detected in Europe.

The concentration levels of Ruthenium 106 in the air that have been recorded in Europe and especially in France are of no consequence for human health and for the environment.

Based on the meteorological conditions provided by Météo France and the measurement results available in European countries, IRSN carried out simulations to locate the release zone, to assess the quantity of ruthenium released, as well as the period and the duration of the release.

The most plausible zone of release lies between the Volga and the Urals without it being possible, with the available data, to specify the exact location of the point of release.

Indeed, it is in this geographical area that the simulation of a ruthenium release makes it possible to better reproduce the measurements obtained in Europe.

For the most plausible zone of release, the quantity of Ruthenium 106 released estimated by IRSN simulations is very important, between 100 and 300 teraBecquerels.

The release, accidental with regard to the quantity released, would have occurred during the last week of September 2017.

Because of the quantities released, the consequences of an accident of this magnitude in France would have required to implement locally measures of protection of the populations on a radius of the order of a few kilometres around the location of the release.

For foodstuffs, the exceeding of maximum permitted levels (1250 Bq/kg for Ruthenium 106 for non-milk products) would be observed over distances of the order of a few tens of kilometres around the location of the release.

The possibility of exceeding maximum permitted levels near the accident site led IRSN to study the scenario of importing foodstuffs from this area.

From this analysis, IRSN considers, on the one hand, that the probability of a scenario that would see the importation into France of foodstuffs (especially mushrooms) contaminated by Ruthenium 106 near the source of the release is extremely low and, on the other hand, the potential health risk associated with this scenario is also very low.

It does not therefore appear necessary to introduce systematic controls on the contamination of imported foods. ■

New project aims to restore and protect one trillion trees