Christian Fernsby ▼ | October 25, 2020
A major fire broke out on Saturday afternoon in an abandoned warehouse in Le Havre, a port city in northern France, police announced. 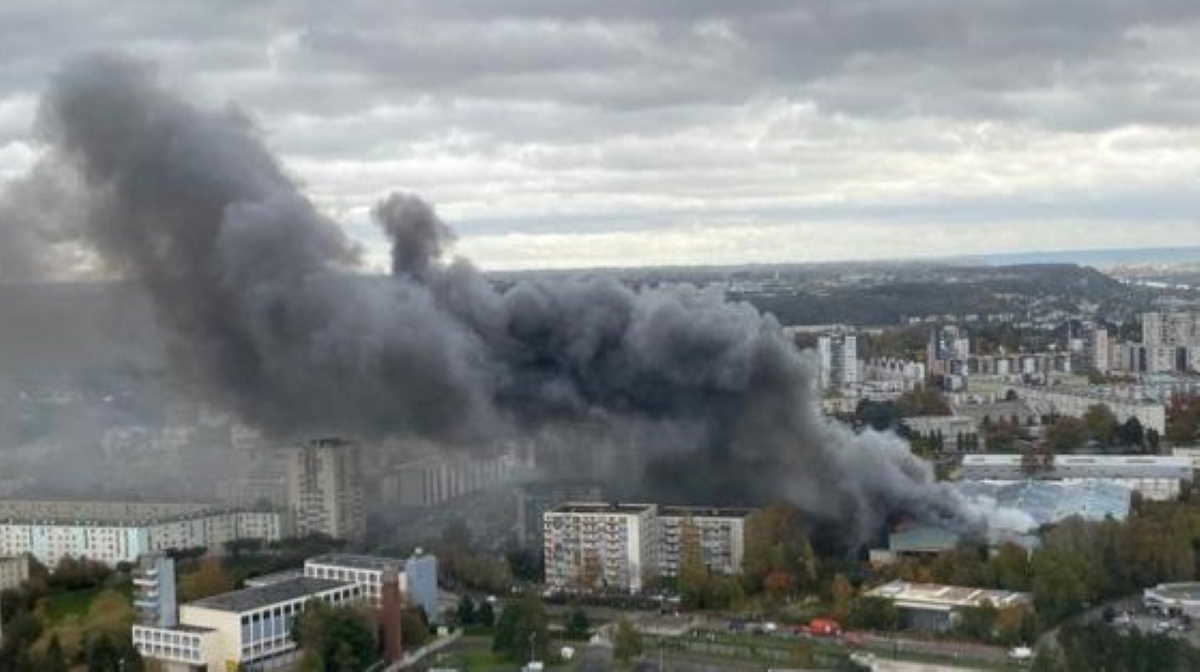 France   Le Havre
"Fire in an abandoned warehouse in Le Havre: in support of the mobilized firefighters, the helicopter is mobilized for reconnaissance operations," said the police of the department of Seine Maritime on twitter.

Hours earlier, the police tweeted that the neighbourhood of Le Havre's harbour area was being evacuated.

The fire broke out at around 1:45 p.m. local time. A few minutes later, thick and black smoke was visible kilometers away.

More than 90 firefighters were mobilized on the spot, with the support of 25 machines.

Local media actu.fr reported that the police evacuated the inhabitants in the vicinity. It quoted the Seine Maritime prefecture as reporting that no victims in the fire, which does not threaten any home. ■