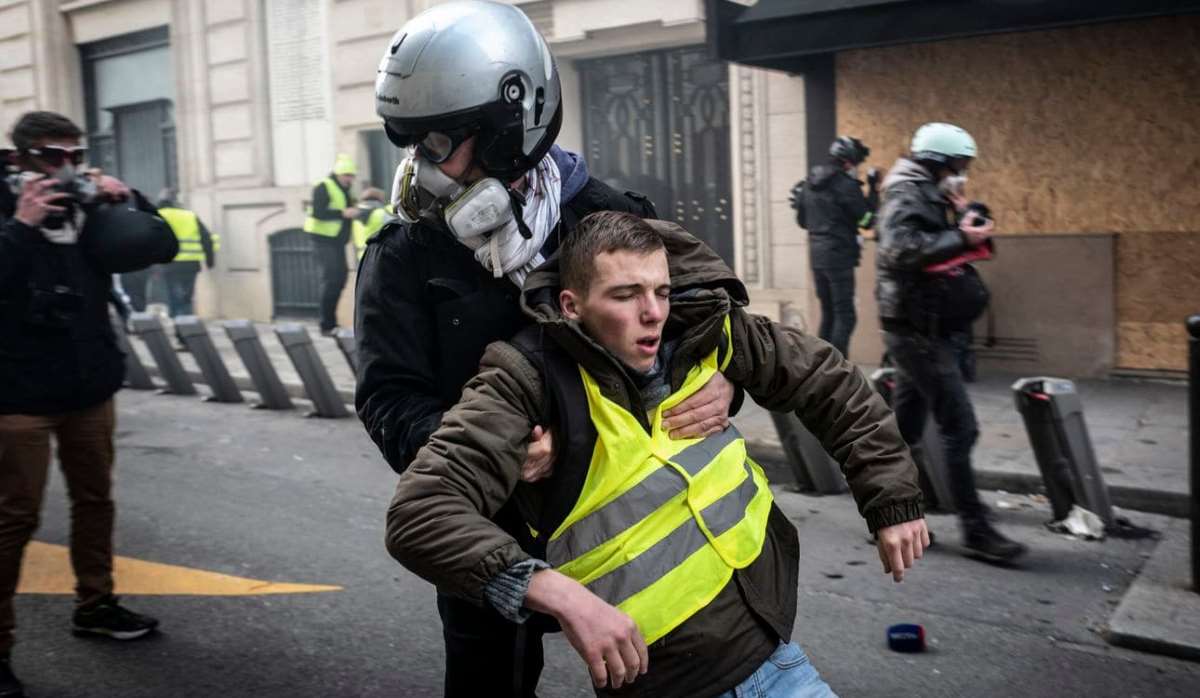 Europe   974 people were arrested during the protests
Around 125,000 people participated in the nationwide protests, said Interior Minister Christophe Castaner in a press meeting.

Castaner said that 974 people were arrested during the protests.

Security measures were tight in France ahead of the demonstrations. Dozens of armored vehicles and 89,000 troops - including 8,000 in Paris – were on duty.

On Saturday, protesters wearing bright yellow vests - dubbed the Yellow Vests - gathered along the famous Champs-Elysees in the capital Paris, where stores, restaurants, and banks were shut down due to violence.

During Saturday's protests, the tension between demonstrators and the police flared up from time to time.

Thousands of yellow vest protesters have been gathering in major French cities including Paris since Nov. 17 to protest President Emmanuel Macron's controversial fuel tax hikes and the deteriorating economic situation.

The demonstrators, who generally live in rural areas due to high rents in the cities, have called on Macron to cut fuel taxes and ease their economic difficulties.

According to a recent survey, 84 percent of the French people - mostly from the middle-income group - support the protests.

Fuel prices in France have risen more than 20 percent this year. ■

One third of Air France flights to be cancelled this Saturday
Cholera scare on Algeria-France flight
4.5 million in France are illiterate

Bitter cold to hit across world, from China to UK and U.S.