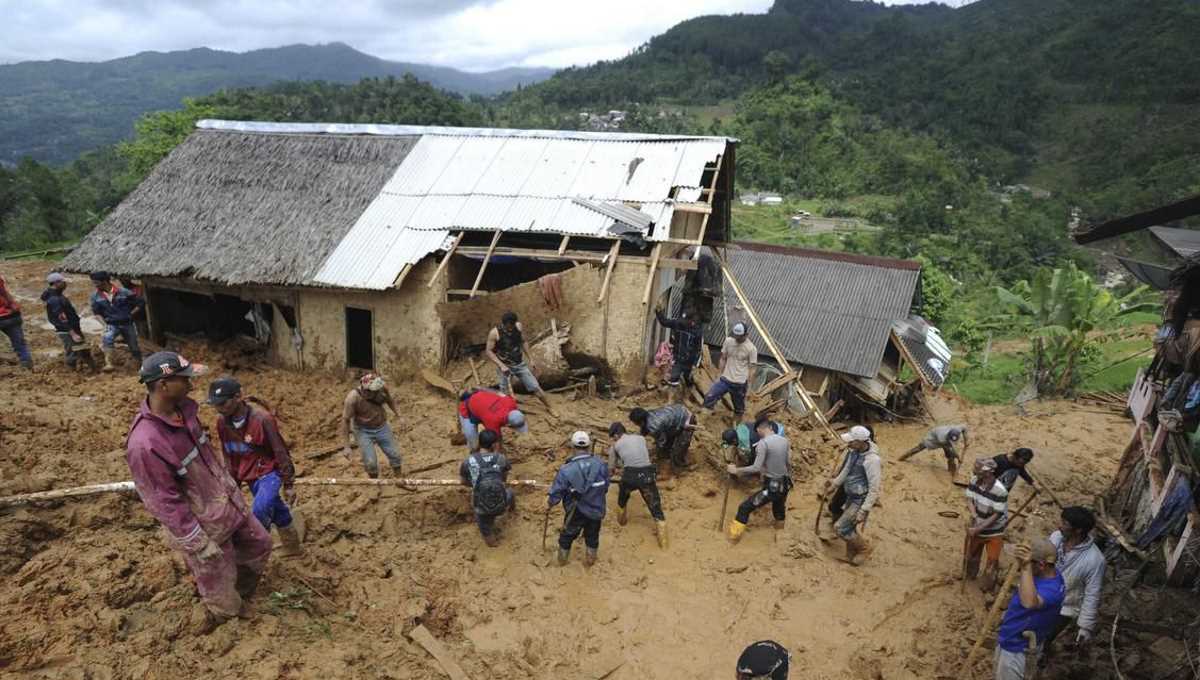 Asia   Landslides in Indonesia
Since June 2, floodwater has kept submerging Konawe Utara district, said Djasmidin Djamal, head of the emergency and logistic section of the disaster management agency in the district.

According to the agency, 9,609 people have been taking shelter on higher grounds.

"The number of the displaced has climbed to nearly 10,000. They have been taking shelters at makeshift tents, government buildings and relatives' houses," he told Xinhua over phone from the district.

A total of 5,703 evacuees were logged on June 12, according to the national disaster management agency.

Days of torrential rains have swollen the Landu, Walasola and Landawe rivers that burst banks and submerged the district, the agency said.

Some 370 houses were moved away by floodwater so far, up from 202 on June 12, Djasmidin said, adding that 18,765 people were affected in Konawe Utara district.

"The problem now is that several displaced and affected persons have been suffering from fever," he said.

The disaster has destroyed four bridges, roads, scores of school buildings and mosques, and the water has also submerged 970.3 hectares of rice fields and 430 hectares of fish pond, according to the national disaster management agency.

Emergency relief efforts have been underway, including distribution of relief aid, providing medical assistance and services, it said.

Indonesia is frequently hit by floods and landslides during heavy rains, which often cause big damage and casualties. ■